A tribal leader and a UN peacekeeper were among many killed in a bloody firefight after a UN convoy was held up by armed tribal fighters in the disputed Sudanese territory of Abyei.

Kual Deng Majok, the top Dinka leader in Abyei, was travelling under UN escort when he was killed by members of the Arab Misseriya tribe in the clash on Saturday that risked escalating new tensions in the area. Seventeen Misseriya also dies in the incident, according to Sudanese government sources.

The office of UN Secretary-General Ban Ki-moon said that two others were also seriously wounded in the Abyei border region, claimed by both Sudan and South Sudan.

Al Jazeera’s Harriet Martin, reporting from Khartoum, said the attack occurred on Saturday after the South Sudanese delegation from Abyei’s oversight committee toured Misseriya areas under UN escort. As they were heading back they were stopped on the road by armed Misseriya.

A tense, five-hour stand-off ended in a firefight, our correspondent said.

The Sudanese foreign ministry expressed its “deep regret and complete condemnation” of the killing, saying an “urgent and transparent” investigation into it would take place.

A curfew was in effect, with UN peacekeepers setting up extra checkpoints trying to prevent gatherings, one local resident told AFP news agency.

“There is high tension,” but no new fighting occurred on Sunday, Mohammed al-Ansari, a Misseriya chief in Abyei, said.

President Salva Kiir of South Sudan and his Sudanese counterpart Omar Al Bashir were reported to be in touch over how to handle this crisis in Abyei.

Al Jazeera’s Martin said the two Sudanese governments are keen to keep the relationship, which has improved vastly in recent weeks, on track but dealing with the consequences of this incident amongst both tribal groups will be challenging as feelings are running high.

Philip Aguer, South Sudan army spokesman, said the killings showed that the 4,000-member UN force needed to be strengthened “so that it can provide full security”.

The African Union, which has been mediating the Abyei dispute, called on Sudan and South Sudan “to ensure that the current situation does not spiral out of control.”

In March, Sudan and South Sudan agreed to resume cross-border oil flows and defuse tensions, which have plagued them since the South seceded in 2011 after an independence vote.

But they were unable to decide on the ownership of Abyei, which both the Dinka of South Sudan and the Misseriya of Sudan call their home.

“The secretary-general urges the governments of Sudan and South Sudan and the … Dinka and Misseriya communities to remain calm and avoid any escalation of this unfortunate event,” the UN chief’s office said.

Abyei straddles the border between the neighbours, who fought one of Africa’s longest civil wars. It is prized for its fertile land and small oil reserves.

Like South Sudan, Abyei was meant to have an independence vote, agreed under a 2005 peace deal which ended the civil war between the north and south.

But both countries have been unable to agree which tribe members should participate.

Ethiopian peacekeepers have been running a temporary administration for Abyei since Sudan seized it in May 2011, following an attack on a convoy of UN peacekeepers and Sudanese soldiers which the UN blamed on southern forces.

Sudan later withdrew its forces under a UN peace plan. 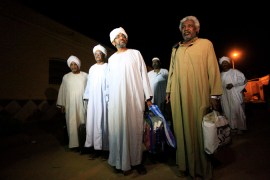 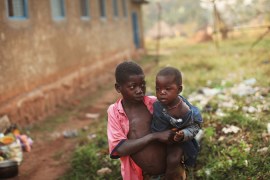 The governments in South Sudan and Sudan continue to be mired in disputes while a humanitarian crisis looms. 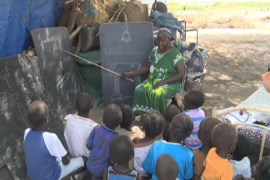 Many who returned from Sudan after South Sudan gained independence in 2011 still stuck in squalid camps. 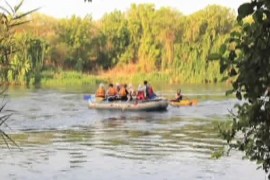