Rebel fighters have broken through army lines to enter Qusayr in Western Syria as the battle for the beset city near the Lebanese border intensifies, opposition activists have said.

Leader of the opposition, George Sabra, said about 1,000 extra fighters from across Syria had penetrated the city near the Lebanese border.

Syrian state media said on Friday that government forces had surrounded the city, and activists reported that regime troops had carried out a deadly attack on a convoy trying to evacuate wounded people from Qusayr.

The upsurge in fighting came as Lebanese politicians postponed a June parliamentary election until late next year owing to instability in neighbouring Syria and political deadlock at home.

Rami Abdel Rahman, head of the Syrian Observatory for Human Rights, said that hundreds of rebels had broken through army lines near the village of Shamsinn, northeast of Qusayr, after losing 11 fighters.

The opposition coalition has appealed for the rescue of 1,000 civilians wounded in Qusayr, which Assad’s forces have been trying to seize back in an all-out offensive since May 19.

Qusayr-based activist Hadi Abdullah said the shelling of the convoy had killed nine people and wounded many others.

Abdullah said he was with the convoy evacuating scores of wounded people when troops started firing shells and machine guns, wounding about 80 people. Abdullah said the main makeshift hospital in the town was hit, and a home was turned into a clinic.

The battle for Qusayr has exposed Hezbollah’s growing role in the Syrian conflict that has reportedly killed more than 90,000 over the past two years.

Al Jazeera’s Rula Amin, reporting from Beirut, said that both sides wanted to win the battle for Qusayr at any price.

Amin said that President Bashar al-Assad could go to next month’s peace conference in Geneva, backed by Russia and the US, feeling stronger and confident after the regime’s recent advancements.

Assad said he was “very confident” of victory in Syria’s conflict and threatened Israel with retaliation for any attack, in an interview aired late on Thursday.

“The opposition on the other hand feel weaker,” Amin said.

She said that was why George Sabra, the acting head of Syria’s opposition coalition, has said it would stay out of the  talks as long as Hezbollah’s men were fighting alongside Assad’s forces and who rebels have credited for regime victories.

A confident Assad appeared to imply in an interview with Hezbollah’s Al Manar television on Thursday that Russia had already delivered some of the promised S-300 missiles that have sparked particular concern in Israel.

“All the agreements with Russia will be honoured and some already have been recently,” he said.

But Russia’s Vedomosti and Kommersant newspapers said Moscow might not deliver the missile systems to Damascus this year and rejected claims the weapons had already arrived.

Russia could supply 10 ultra-modern MiG-29 fighter jets to Syria under a possible contract being discussed with a visiting delegation from Damascus, the Russian news agency Interfax reported.

The regime and the opposition both value Qusayr, which lies along a land corridor linking two of Assad’s strongholds, Damascus and the heartland of his minority Alawite sect, an area along the Mediterranean coast.

For the rebels, holding the town means protecting their supply line to Lebanon, just 10km away.

The British-based Syrian Observatory for Human Rights and Abdullah said that rebels from the northern province of Aleppo managed to enter rebel-held area of Qusayr to help defend it against advancing troops.

“Individuals have come in the past, but this is the first time that groups of rebels have arrived here,” Abdullah said.

Meanwhile, Lebanese politicians agreed on Friday to postpone a June parliamentary election until late next year.

The election is now expected to be held in November 2014.

Lebanese Prime Minister Tamman Salam said in an interview published in Friday’s edition of French daily Le Figaro that his country should stay out of the Syrian conflict.

“We must at all price preserve national unity,” he said adding: “And obviously,  Hezbollah’s military involvement is not helping matters.” 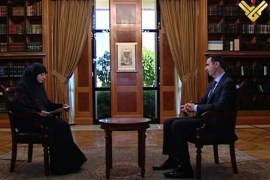 Syria’s President vows to respond to Israeli attack as more than 1000 rebels bolster fighters in key city near Lebanon.

Syria’s President Bashar al-Assad says that he will respond to any Israeli aggression next time. 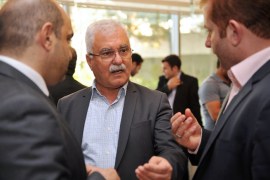 Syrian National Coalition says it will not take part in planned summit until siege of Qusayr ends.