Rebels in the Democratic Republic of Congo have declared a temporary ceasefire, during a visit by UN Secretary-General Ban Ki-moon and World Bank chief Jim Yong Kim in country’s volatile east.

The decision comes after three days of fighting between rebels and government forces in the country’s eastern province of North-Kivu that has left at least 19 people dead.

Amani Kabasha, a rebel spokesman, said by telephone that they had declared the ceasefire in order to not disturb Ban’s visit to Goma, the capital of the mineral-rich North-Kivu.

“We will not fight today to allow Ban Ki-moon’s visit to successfully take place. We also want to give peace a chance and ask the government to come back to the negotiating table in Kampala [Uganda’s capital],” he said.

The UN chief, who arrived in Goma on Thursday, pledged that UN troops will be in place within “one or two months” to battle armed rebels in the region.

Al Jazeera’s Malcolm Webb, reporting from Goma, said that there have been international attempts to bring peace to the region for over ten years. However, our correspondent said, that the extra billion dollars and the intervention force may or may not be the answer.

The latest bout of fighting near Goma, which was briefly seized by the M23 rebel group in an armed uprising last year despite the presence of nearly 3,000 UN peacekeeping force, has sent thousands of people fleeing.

On Wednesday, Ban and Kim arrived in Kinshasa, the capital, embarking on a trip largely seen as a fresh push for peace and development.

The DRC government has accused the rebel movement, known as M23, of trying to derail a ceasefire that has been holding for six months.

The rebels take their name from a peace agreement they signed with the government on March 23, 2009 but which has since collapsed.

The World Bank chief, earlier, pledged $1bn in aid for Africa’s Great Lakes region, which is made up of the DRC, Uganda, Burundi, Rwanda and Tanzania.

Ban said: “We are travelling together and I deeply appreciate a strong commitment and initiative President Kim and the World Bank have made to this contribution.”

Eastern DRC has been unstable since the overthrow of Mobutu Seseko in 1997, with rival militias and rebel groups vying for the control of the region’s mineral wealth.

There has also been widespread rape and sexual violence blamed on militias, rebels and sometimes government troops.

Kabila came to power in 2001 following the assassination of his father who captured power from Seseko, after waging an armed rebellion that was allegedly aided by neighbouring Uganda and Rwanda. 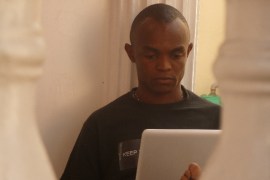 We follow this internationally acclaimed photographer as he explores beauty in unlikely places. 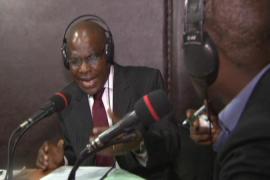 At a radio station in Kinshasa, a political debate airs between members from different political parties. 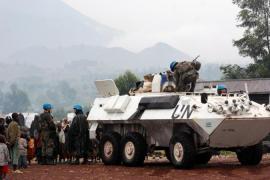 Does your smartphone fund conflict in the DRC?

Governments and analysts disagree on how to address the use and mining of conflict minerals.