An international peace conference for Syria, where government and opposition forces will be represented, should happen as soon as possible, the UN chief Ban Ki-moon said during a visit to Russia.

Ban’s trip and a recent visit to Sochi by British Prime Minister David Cameron follow Putin’s early May talks in Moscow with US Secretary of State John Kerry, during which the two sides agreed to set up a new round of Syria negotiations within a matter of weeks.

At a press conference with Lavrov, Ban said: “We should not lose the momentum,” generated by the US-Russian proposal to bring the Syrian government and opposition representatives to a peace conference.

Ban said the conference should be held as soon as possible, but added that no date had yet been agreed.

Lavrov said: “The sooner this conference is held, the better … the key thing now is who is ready to take part on the Syrian side.”

Elsewhere, Ban used the visit to renew a call on Damascus to allow UN experts in to assess claims over alleged chemical weapons use.

Lavrov called alleged chemical weapons use “a serious problem” and supported the call for an investigation.

The international meeting – now expected to take place in Geneva in early June – hopes to build on a failed June 2012 peace initiative that called for the quick creation of a transitional government but defined no clear role for Assad.

Al Jazeera’s Neave Barker, reporting from Moscow, said: “More than anything, Ban is going to make sure potential Geneva talks happen when they have been promised to happen.

“Ban will want to make sure of the cooperation between the US and Russia at this crucial time.”

Moscow is also calling for the inclusion on this occasion of its trading partner Iran and US ally Saudi Arabia as a counterweight.

Russia, Syria’s most powerful remaining ally, continues to deliver arms to Assad’s regime, but claims that it has no real interest in seeing the president remain in power.

But many continue to express alarm at Russia’s decision to supply Syria with various powerful missiles and question how this fits in with Russia’s commitment to a negotiated end to the crisis.

“I do not understand why the media is trying to create a sensation out of this,” said Lavrov, during Friday’s press conference. “We have not hidden that we supply weapons to Syria under signed contracts, without violating any international agreements, or our own legislation.”

The New York Times reported on Friday that Russia has also sent the regime a new batch of upgraded Yakhont anti-ship missile systems that make a shipping embargo of Syria much more difficult to enforce.

Al Jazeera’s David Chater, reporting from Moscow, says Putin “will not sacrifice such a vital strategic partnership, no matter what weight of international pressure is applied”.

Russia is opposed to any armed intervention by the West in Syria.

The United Nations said on Wednesday that the death toll in Syria from the two-year-old civil war is at least 80,000, an increase of about 10,000 from February 2013. 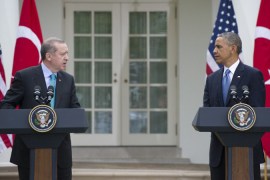 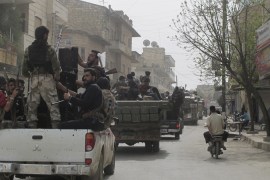 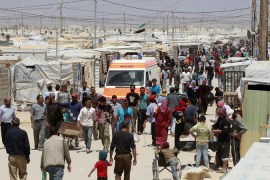 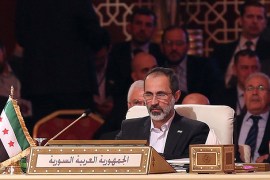