The US government reportedly secretly seized telephone records of reporters and offices belonging to Associated Press news agency for a two-month period last year, the agency has said.

The Associated Press on Monday described the action, which targeted its correspondents, as a “massive and unprecedented intrusion” into news-gathering operations.

AP Chief Executive Gary Pruitt, in a letter posted on the agency’s website, said the AP was informed last Friday that the Justice Department gathered records for more than 20 phone lines assigned to the agency and its reporters.

“There can be no possible justification for such an over-broad collection of the telephone communications of The Associated Press and its reporters,” Pruitt said in the letter, which was addressed to Attorney General Eric Holder.

An AP story on the records seizure said the government would not say why it sought the records.

But it noted that US officials have previously said the US Attorney’s Office was conducting a criminal investigation into information contained in a May 7, 2012, AP story about a CIA operation in Yemen that stopped an al-Qaeda plot to detonate a bomb on a plane bound for the US.

In testimony made in February, CIA Director, John Brennan, noted that the FBI had questioned him about whether he was AP’s source, which he denied.

He called the release of the information to the media about the terror plot an “unauthorised and dangerous disclosure of classified information”.

The White House on Tuesday said it could not comment on the investigation that provoked the reported seizure of journalists’ phone records.

Jay Carney, the White House spokesman, told a news briefing that US President Barack Obama strongly supported the freedom of the press.

“The president believes that the press as a rule needs to have an unfettered ability to pursue investigative journalism,” he said.

But, Eric Holder, the attorney general told a news conference on Tuesday that investigators had secretly obtained telephone logs from a US news agency while seeking the source of a security breach which had put “the American people at risk”.

“I’ve been a prosecutor since 1976. And I have to say that this is among, if not the most serious … a … very, very serious leak,” Holder said.

“That’s not hyperbole. Puts the American people at risk. And trying to determine who is responsible for that, I think, required very aggressive action,” he declared.

Freedom of the press

Prosecutors have sought phone records from reporters before, but the seizure of records from such a wide array of AP offices, including general AP switchboards numbers and an office-wide shared fax line, is unusual.

Five reporters and an editor involved in that story were among those whose phone numbers were obtained by the government, the news agency said.

The US Attorney’s Office, which notified the AP of the seizure, issued a statement on Monday saying it was “careful and deliberative” when dealing with issues around freedom of the press.

“We take seriously our obligations to follow all applicable laws, federal regulations, and Department of Justice policies when issuing subpoenas for phone records of media organisations,” the office said.

The seized phone records were for April and May of 2012 and AP bureaus in New York, Hartford and Washington were among those affected, as well as an AP phone at the US House of Representatives press gallery, the AP said. 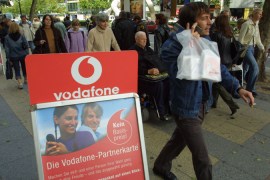 How your phone can spy on you

Telecoms around the world are failing in their crucial obligations to protect privacy, writes Solomon. 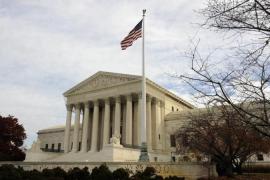