Syria’s opposition has denounced what it called “threats” from the head of Hezbollah, and warned against any intervention by the movement or by Iran, which backs the Lebanese group, in the Syrian conflict.

“The Syrians and the Lebanese hoped … that the Hezbollah leadership would stop their attacks on Homs and Damascus and take into account the gravity of the situation in the region,” the SNC said.

“But they heard nothing but threats … and warnings against setting the region on fire and an admission of their interference in Syrian affairs.”

Nasrallah, speaking in a televised address on Tuesday, said that Syria had “real friends in the region”, apparently indicating that his group would intervene on the government’s side if the need arises.

“Syria has real friends in the region, and the world will not allow Syria to fall into the hands of America or Israel,” Nasrallah said.

The opposition accuses Hezbollah of backing Syrian regime fighters in Shia villages near the Lebanon border against the mostly Sunni rebels fighting to topple Assad.

The Hezbollah leader appeared to tacitly confirm that his fighters were already involved in the conflict.

“A large number of [Syrian rebels] were preparing to capture villages [in Syria] inhabited by Lebanese,” he said, asserting that this meant it was “normal to offer every possible and necessary aid to help the Syrian army, popular committees [pro-government armed groups] and the Lebanese”.

Nasrallah said accusations that the regime had used chemical weapons were an attempt to justify foreign intervention in Syria, “as other countries have been destroyed in the past”.

“The goal of what is happening in Syria isn’t only to remove Syria from the axis of resistance, as we used to say, or to remove it from the Arab-Israeli conflict,” said Nasrallah.

“The goal is no longer to take control of the country from the current regime.

“The goal of all those who stand behind the war in Syria is to destroy Syria as a state, as a people, as a society and an army.

“They don’t want a strong state or army in Syria – they want it to be a failed state, to have no control over its resources,” he said.

SANA said the blasts were caused by two improvised explosive devices which went off on Khalid Bin Walid street and the nearby Bab Mesalla Square.

It said the bombs were planted by “terrorists,” a term the government uses to describe rebels fighting to topple the Syrian leader.

The Britain-based Syrian Observatory for Human Rights however said the Bab Mesalla explosions were due to rockets that fell in the area.

It said initial information indicated that there were casualties, but the number could not be obtained immediately.

There was no immediate explanation for the discrepancy in the reports.

The Observatory said police sealed off Bab Mesalla, which has restaurants, shops and a main public transportation station linking Damascus with the southern provinces of Daraa and Sweida.

In the other incident, the Observatory said a bomb exploded near police headquarters on Khalid Bin Walid Street.

It said several people, including children, were wounded in the blast.

Assad’s visit to the power station came just a day after a powerful bomb hit the capital.

A broadcast on Syria’s state television showed Assad speaking to staff on the occasion of International Workers Day, or May Day, at the Umayyad Electrical Station in the Tishrin Park district. 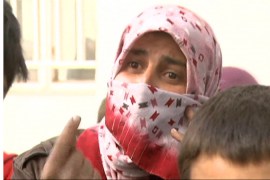 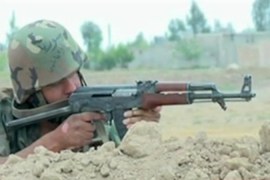 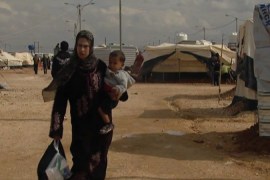 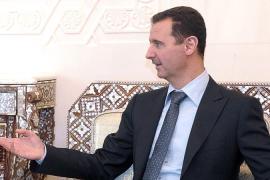 Why Syria’s Assad is worried about Jordan

Assad is uneasy and feels insecure about the most strategically important Syrian border: the one it shares with Jordan.