The EU’s foreign policy chief has said that nuclear talks between Iran and six world powers have failed to reach an agreement.

Catherine Ashton said on Saturday that the discussions in Kazakhstan revealed that “the two sides remain far apart on substance”.

The six insist that Iran cut back on its highest-grade uranium enrichment production and stockpile, fearing Iran will divert it from making nuclear fuel to form the material used in the core of nuclear warhead.

Al Jazeera’s Robin Forestier-Walker, reporting from Almaty on Saturday, said the two days of talks ended without a resolution of any sort.

“The one thing that they were in agreement on is that they’re far apart,” he said, highlighting the limited extent of common ground.

“The P5 1 had this proposal that required the Iranians to cease their enrichment of uranium to 20 percent levels – because that’s the amount that brings them closer to being able to acquire a nuclear weapon – in exchange for modest sanctions [relief],” our correspondent said.

Iran countered with a proposal that focused on “recognising Iran’s right to enrich uranium”, he said.

As the talks got under way on Friday, the six nations – the US, Russia, China, France, Britain and Germany – sought a concrete response from Iran to their February offer to ease sanctions if it stops its most sensitive nuclear work.

The UN Security Council has demanded that Iran stop the process in several resolutions since 2006.

The stakes are high because Israel, widely assumed to be the Middle East’s only nuclear-armed power, has threatened to bomb the Islamic Republic’s atomic sites if diplomacy fails.

The chances of the talks succeeding were scant, as Iran was not expected to make any major decisions on nuclear policy until after its presidential election in June.

Western diplomats were hoping for serious discussion of their February proposal, under which Iran would have to close a nuclear facility and ship some enriched uranium stockpiles abroad in return for modest relief on sanctions on Iranian petrochemicals and trade in gold and other precious metals.

While no breakthrough had been expected, the lack of forward movement in international negotiations that started a decade ago is certain to increase Israel concerns that diplomacy is ineffective as a tool to stop Iran from moving towards nuclear-weapon making capacity.

Israel says Iran is only a few months away from the threshold of having material to turn into a bomb and has pledged to use all means to prevent it from reaching that point.

“The Iranians are using the round of talks to pave the way towards a nuclear bomb,” said Yuval Steinitz, the Israeli minister for intelligence and strategic affairs, in a text message.

“Israel has already warned that the Iranians are taking advantage of the rounds of talks in order to buy time to advance in uranium enrichment, step by step, toward a nuclear weapon.”

The US has not said what its “red line” is, but has said it will not tolerate an Iran armed with nuclear weapons. 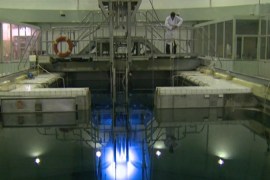 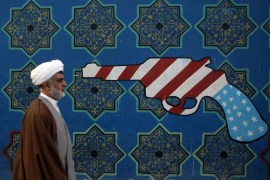 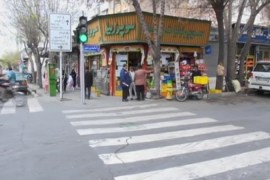 “My Town Tehran” series explores how working-class Khorasan neighbourhood is gearing up for elections.