On Saturday, the fifth consecutive day of protests, gunmen killed four army intelligence soldiers and wounded a fourth in Ramadi, West of Bgahdad.

“Four soldiers in civilians clothes have been killed and a fourth injured near a protest site in Ramadi,” said Al Jazeera’s Omar Al Saleh, reporting from Baghdad.

A commander of the Anbar investigation has given protestors 24 hours to turn in the men who killed the soldiers or face a heavy response.

The ultimatum came despite the fact that tribal leaders had already pledged to co-operate and turn in the killers.

Five other people, members of an anti-al-Qaeda group, were also killed south of Tikrit, our correspondent said.

Later, Prime Minister Nouri al-Maliki renewed a call for calm and said sectarian strife had returned to Iraq from elsewhere in the region.

In televised remarks, Maliki said: “Sectarianism is evil, and the wind of sectarianism does not need a licence to cross from a country to another, because if it begins in a place, it will move to another place.

“Strife is knocking on the doors of everyone, and no one will survive if it enters, because there is a wind behind it, and money, and plans.”

His office also released a statement vowing he would not remain silent over the earlier killing of soldiers, and called on peaceful protesters to “kick out the criminals that target army and police.”

Iraqi security forces announced a curfew from 9pm until 4am in the large Sunni-majority Anbar Province to contain violence.

Our correspondent in Baghdad said while sectarian tension was intense between political parties, it did not affect “ordinary people – not enough to raise alarms”.

“But all parties are trying to polarise their communities on a sectarian basis; there is a fear that things could go wider,” he said.

Thousands of protesters have gathered in cities across the country this week to voice their anger at the government, calling on the prime minister to step down and an end to the discrimination against Sunnis.

The attacks were the latest in a wave of violence that erupted on Tuesday when security forces moved in against anti-government protesters near the Sunni northern town of Hawija. The ensuing clashes left 53 people dead.

Sunni gunmen were also battling government forces on Friday after they took over Suleiman Beg, a town in Salahuddin province north of Baghdad, in response to the deadly raid in Hawija.

In northern Iraq, Kurdish security forces have been deployed near the disputed city of Kirkuk, a Kurdish official said on Saturday.

The move is allegedly aimed at combatting fighters in the area after 40 people were killed in Kirkuk in the past week.

“After consultations with the governor of Kirkuk, there has been a decision for peshmerga (security) forces to fill the vacuums in general, and especially around the city of Kirkuk,” Jabbar Yawar, secretary general of Iraqi Kurdistan’s peshmerga ministry, said in a statement.

The men had swarmed into the predominantly Sunni Turkmen town after deadly clashes with security forces, who pulled back as residents fled.

Abdul Baban, a local official, said helicopter fire wounded six people on the roof of a house in Suleiman Beg.

“I’ve been covering this story for more than four months; this is the first time I’ve seen armed men protecting the protests,” he said.

The latest spate of violence is the deadliest so far linked to demonstrations which broke out in Iraq’s Sunni areas more than four months ago. 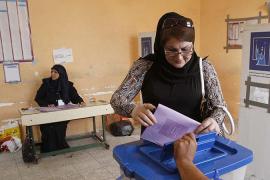 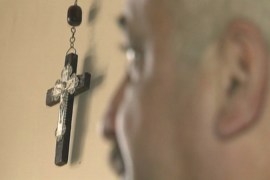 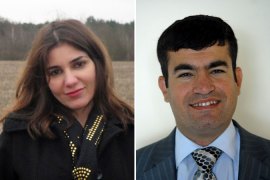