The United States has approved providing Syrian rebels with $123m in new nonlethal aid that may include body armour and other types of supplies that have not been part of the assistance package in the past.

The additional money will double the nonlethal assistance to the Syrian opposition as well as increase humanitarian aid.

“This bloodshed needs to stop and that’s what brought us here tonight on Saturday and a very early Sunday morning to talk about the possibilities for peace and transition,” US Secretary of State John Kerry said at a Friends of Syria meeting in Istanbul.

Al Jazeera’s Hashem Ahelbarra, reporting from Istanbul, said that while the Syrian opposition said that the increase in aid was a step forward, the nature of the support coming from the West remains “very limited”.

“The major demand by the opposition has been basically … some tactical weapons to be able to even the playing field and be able to cope with the massive weaponry that Syrian President Bashar al-Assad had.”

Foreign ministers from the main supporters of the rebels trying to topple the Syrian government were meeting in Istanbul over the weekend to increase pressure on Syrian President Bashar al-Assad to step down.

The United Nations estimates that the fighting in Syria has killed more than 70,000 people.

“The stakes in Syria couldn’t be more clear: chemical weapons, the slaughter of people by ballistic missiles and other weapons of huge destruction, the potential of a whole country … being torn apart into enclaves, the potential of sectarian violence,” Kerry said in a statement.

The meeting of 11 countries from the Friends of Syria alliance comes after the al-Nusra Front, among the strongest formations seeking to topple Syrian President Bashar al-Assad, pledged allegiance to al-Qaeda leader Ayman al-Zawahri on April 10.

A Syrian rebel leader said only force could end the two-year conflict and ruled out the possibility of any negotiation with Assad’s administration other than over its exit.

“There is going to be no solution through negotiations with this regime. This will not be settled other than by force, maybe in the final stages when the regime feels it has lost everything, it might want to negotiate for its exit,” Brigadier Selim Idris told reporters on the sidelines the conference.

While the US is prepared to provide a major boost in nonlethal military equipment, European nations considered changes to an arms embargo that would allow arms transfers to the Syrian opposition.

But European Union action seemed unlikely before May, and the fresh US help was certain to fall short of the strongest demands from the Syrian National Coalition: drone strikes to disable Assad’s chemical weapon and missile capability; a no-fly zone requiring significant military operations; and a UN resolution that condemns Assad for attacks on Syrians.

“The technical ability to take specific action to prevent the human tragedy and suffering of innocent civilians, mostly women and children, is available in the form of specific intelligence and equipment,” the group said in a statement before the conference ended.

“Syrians understand that such ability is within the reach of a number of members of the Friends of Syria group, yet nothing serious has been done to put an end to such terror and criminality.”

“We are all working together to end the pains of the Syrian people which lasted more than two years now and more than 100,000 people being killed,” he said.

Among those invited to Istanbul will be Moaz Alkhatib, a moderate cleric from Damascus, who said he was resigning as head of the Syrian National Coalition in March after other members of his proposal for negotiating with Assad.

Envoys representing most of the 11 Friends of Syria countries met in Cairo this month to press Alkhatib to stay on as leader of the coalition, a 60-opposition umbrella group backed by the West and Gulf Arab states.

Dozens of leftist protesters had earlier staged a demonstration outside the venue where the meeting was being held. They set effigies of Kerry and Davutoglu on fire. Reasons to remain optimistic about Syria

As fighting continues, with the regime losing ground despite its military superiority, solidarity emerges on the ground. 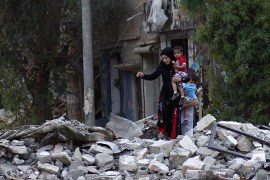 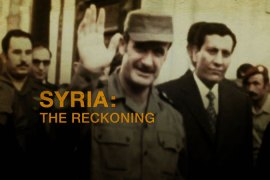