The United States will defend itself and its “treaty ally”, South Korea, amid increasingly bellicose threats from the North, US Secretary of State John Kerry has said.

In a show of solidarity, standing side-by-side with South Korean Foreign Minister Yun Byung-se after talks in Washington, Kerry denounced “unacceptable rhetoric from the North Korean government in the past days”.

The North has drawn strong criticism after announcing that it planned to restart its main nuclear complex.

Ban Ki-moon, the UN secretary-general, said he was “deeply troubled” by Pyongyang’s latest threats and that the crisis had “gone too far”.

“Things must begin to calm down, there is no need for the Democratic People’s Republic of Korea to be on a collision course with the international community. Nuclear threats are not a game.”

China and other countries also waded in, some offering regret at the news and urging restraint.

“We have noticed the remarks of the DPRK and express our regret,” Beijing’s foreign ministry spokesman Hong Lei said at a regular briefing. “We call on relevant parties to keep calm and exercise restraint.”

The North has plans to rebuild and restart nuclear facilities including its uranium enrichment facility and the 5 MW Yongbyon reactor which it closed in 2007, the state news agency KCNA said, quoting a spokesman at North Korea’s atomic energy agency.

The report said the “readjusting and restarting” of nuclear facilities would be used for electricity shortages and military development.

He said: “North Korea should keep their promise and agreements and they should keep to denuclearisation of the Korean peninsula. Our government will closely monitor the situation.”

The reactor, closed as part of an international nuclear disarmament deal, was the sole source of plutonium for the North’s nuclear weapons programme. The country’s remaining plutonium stockpile is believed to be enough for four to eight bombs.

Al Jazeera’s Florence Looi, reporting from Seoul, said the “declaration that this plant will resume means that North Korea could be a step closer to plutonium enriched weapons”.

The announcement follows weeks of warlike rhetoric from North Korea, including threats to launch nuclear strikes against the US.

The country has also declared that making nuclear arms and a stronger economy are the nation’s top priorities.

Meanwhile, the US has deployed a sophisticated radar off the coast of Japan capable of tracking North Korean missiles and has sent a second destroyer to the region.

The Sea-Based X-Band Radar (SBX), which resembles an enormous balloon mounted on a large oil rig, is designed to track ballistic missiles and feed data to a separate command that can fire interceptors.

Pentagon spokesman George Little stressed the deployment of the SBX system had already been scheduled and was not related to the ongoing tensions surrounding North Korea.

Earlier, US officials confirmed that the anti-missile destroyer USS John McCain has been deployed to the region. The Pentagon at first said that a similar type of destroyer, the USS Fitzgerald, had been deployed.

Tensions have increased since North Korea launched a long-range rocket in December and followed it with a nuclear test in February.

Subsequent UN sanctions and annual South Korea-US military exercises have been used by Pyongyang to justify a wave of increasingly dire threats against Seoul and Washington, including warnings of missile strikes and nuclear war. 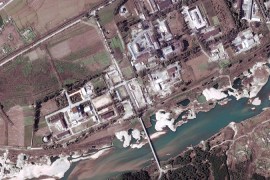 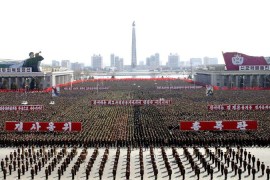 North says nuclear armed forces ‘should be expanded’ and reiterated its atomic weapons are not a bargaining chip. 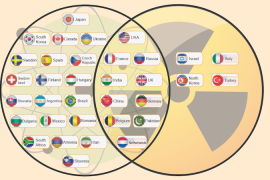