An explosion in Pakistan has killed at least 16 people and wounded dozens more at an election campaign rally being attended by a senior politician, officials say.

Ghulam Ahmed Bilour, a senior leader of the secular Awami National Party (ANP), escaped the blast with only minor bruises on Tuesday in the northwestern city of Peshawar.

A hospital official said doctors were treating some 50 people wounded in the explosion, including dozens who were in critical condition.

Pakistan’s umbrella Taliban faction claimed responsibility for what was the fourth deadly attack on politicians or political parties in three days as the country prepares to hold historic polls on May 11.

He was shown on television footage with blood splattered on his trousers after the attack.

A spokesman for the main government-run Lady Reading Hospital in Peshawar had earlier put the toll at eight with 49 wounded.

Police said it was a suicide attack.

Ghulam, whose brother the late ANP leader Bashir Bilour was assassinated by the Taliban last year, became a target after the Taliban posted a $100,000 ransom for the death of a film-maker behind a controversial anti-Islam film last year.

The Taliban quickly claimed responsibility for the attack, but apologised for injuring Bilour, saying it had been targeting his nephew, Haroon.

“We apologise to Ghulam Bilour because we announced an amnesty for him,” Ehsanullah Ehsan, Taliban spokesman, told AFP by telephone from an undisclosed location.

“Our target was Haroon Bilour.”

Haroon is the son of slain ANP leader Bashir, the elder brother of Ghulam, who was killed in a suicide attack at a political meeting in Peshawar on December 22.

The Taliban has directly threatened the ANP and its outgoing coalition partners, the Pakistan People’s Party and the Muttahida Qaumi Movement, which are perceived as secular. 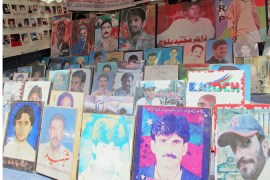 While attention focuses on the restive northwest, southwest Balochistan has been a bloody battleground since 2005. 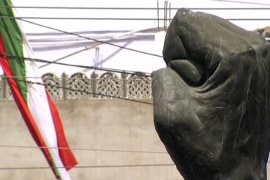 Alliances with Muttahida Quami Movement could be a deciding factor in upcoming elections.