An Egyptian court has ordered the release of former President Hosni Mubarak over the deaths of protesters but he will remain in custody over fraud charges, according to court officials.

A judge on Monday ordered Mubarak’s release on bail for charges over his complicity in the killing of protesters but this decision did not cancel his detention due to ongoing separate charges, the officials said.

“He has been freed only in one case,” Al Jazeera’s Anita McNaught reported from Cairo.

“However, there are many corruption cases still lined up for [Mubarak]”.

Mubarak, 84, has spent the maximum legal time of two years in detention since being charged with Habib al-Adli, former interior minister, for their involvement in the killing of protesters in the 2011 uprising that unseated him.

Mubarak’s case is facing an indefinite delay after a retrial was aborted on Saturday when the presiding judge withdrew from the case.

Mubarak and Adli were sentenced to life terms at their first trial in June but the highest appeal court ordered a retrial after accepting appeals from the defence and prosecution.

Mubarak, who ruled Egypt for almost 30 years before being toppled by 18 days of unrest, is also facing an investigation over financial corruption charges, Egyptian media has reported.

He has been staying in a military hospital from where he was flown by helicopter to the court on Saturday.

The prosecutor general’s office on Saturday ordered an urgent medical report on him to determine whether he was now fit enough to be sent to prison where he had stayed before. 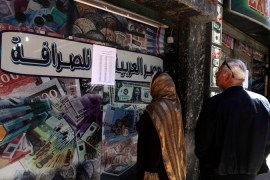