The UN says 20 of its peacekeepers have been detained by an armed group in the occupied Golan Heights on the border between Syria and Israel.

The UN confirmation on Wednesday came in response to videos posted online that purported to show fighters with the seized convoy.

Ban Ki-moon, UN chief, condemned the abduction of the peacekeepers and demanded their release.

“The secretary-general reminds all actors in Syria that UNDOF is mandated to monitor the Disengagement of Forces Agreement between Israel and Syria,” Ban said in a statement.

“UNDOF’s freedom of movement and safety and security must be respected by all parties”.

Eduardo del Buey, UN deputy spokesman, said the UN observers were on a regular supply mission when they were stopped near an observation post which sustained damage and was evacuated last weekend following heavy fighting.

He said the UN peacekeeping mission has dispatched a team to assess the situation and attempt a resolution.

A young man, who claimed to be part of the Martyrs of Yarmouk brigade, appeared in one video saying the convoy would not be released until Syrian government forces withdrew from the Syrian village of Jamla, located near the occupied Golan Heights.

“If no withdrawal is made within 24 hours, we will treat them as prisoners,” he said, accusing the peacekeepers of collaborating with Syrian security forces to push the rebels out of Jamla.

Israel occupied the Golan Heights from Syria in a 1967 war.

Syrian troops are not allowed in the area of separation under a 1973 ceasefire formalised in 1974.

The region is patrolled by UN peacekeepers.

The UN has reported a growing number of incidents in the Golan over the past year. It has sent extra armoured vehicles and communications equipment to reinforce security for the mission.

Shells from the Syrian side have landed in the ceasefire zone and on Israeli territory. Syrian government tanks have entered the zone several times, according to the UN.

Up to the end of February there were about 1,000 troops from Austria, Croatia, India and the Philippines operating in the ceasefire force.

But Croatia announced last week that it is withdrawing its 100 troops from UNDOF. The Croatian government said it feared for the soldiers’ safety after reports that Saudi Arabia had bought arms from Croatia and then provided them to the Syrian rebels.

Canada and Japan withdrew their small contingents in recent months because of security fears. 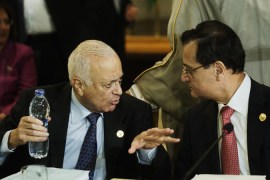 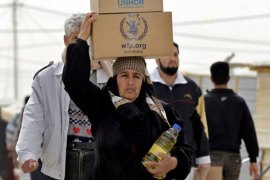