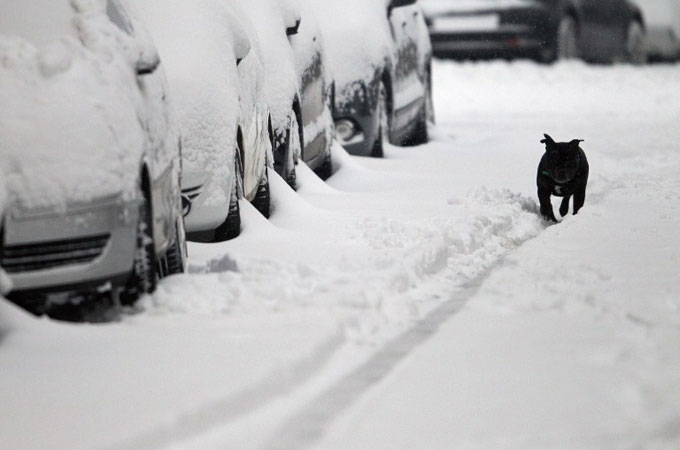 A late winter snowstorm has hit much of northwestern France and the southeast of the UK, causing considerable disruption.

In France, 500 cars were stuck in blizzard-like conditions near Cherbourg with snowdrifts 60cm deep and winds gusting to almost 100kph.

14 people were injured after three vehicles skidded in icy conditions on a motorway near Lille.

Other forms of transport in the country were also badly affected, with flight cancellations at Roissy and Orly airports in Paris and delays on the Paris-Cherbourg railway.

Across Normandy and Britanny, almost 70,000 homes have experienced disruption to their electricity supplies, although most have been reconnected.

On the other side of the English Channel, travel disruption has also been severe, albeit less widespread.

There were reports of motorists being stuck in their vehicles for up to 12 hours in freezing conditions as snow and ice hit the A23 in Kent and the M23 in Sussex.

100 drivers and their passengers were reportedly stuck for more than four hours on the A2 near Dover after a lorry jackknifed and snow drifted to more than one metre in depth.

The snow is expected to die out across the southeast of the UK during Tuesday, but heavy snow will continue overnight across northern France, southern Belgium and Luxembourg, with 10 to 15cm falling in some areas.