British Prime Minister David Cameron has urged Argentina to respect the wishes of the Falkland Islanders after they voted overwhelmingly in a referendum to remain a British territory.

Before the result, Buenos Aires had dismissed the vote as meaningless in international law, saying it would not affect its claims on the South Atlantic archipelago.

Cameron said on Tuesday that the 99.8 percent “yes” vote, on a turnout of 92 percent, was “the clearest possible result there could be” and Argentina should respect that.

“They should take careful note of this result. The Falkland Islanders couldn’t have spoken more clearly,” he said in a statement.

“They want to remain British and that view should be respected by everybody, including by Argentina.”

He added that he was personally “delighted” at the outcome.

Residents of Port Stanley, where most of the roughly 2,500 islanders live, celebrated into the night on Monday after the vote.

Of the 1,517 valid votes cast, only three islanders voted “no” to the question: “Do you wish the Falkland Islands to retain their current political status as an Overseas Territory of the United Kingdom?”

The islanders directly elect members of a legislative assembly, and settle all their own affairs except for defence and foreign policy.

Argentina consider the “Islas Malvinas” to be part of its national territory, taken from them by the British more than 180 years ago.

Argentina’s President Cristina Fernandez has piled pressure on Britain to negotiate the sovereignty of the islands, something London refuses to do unless the islanders request talks.

Most Latin American countries and many other developing nations have voiced support for Argentina, which has stepped up its demands since London-listed companies started drilling for oil and natural gas off the Falklands’ coastline. 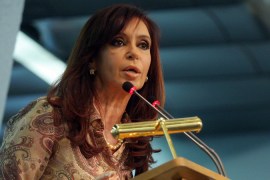 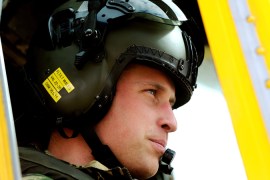 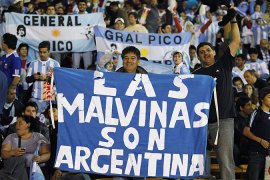