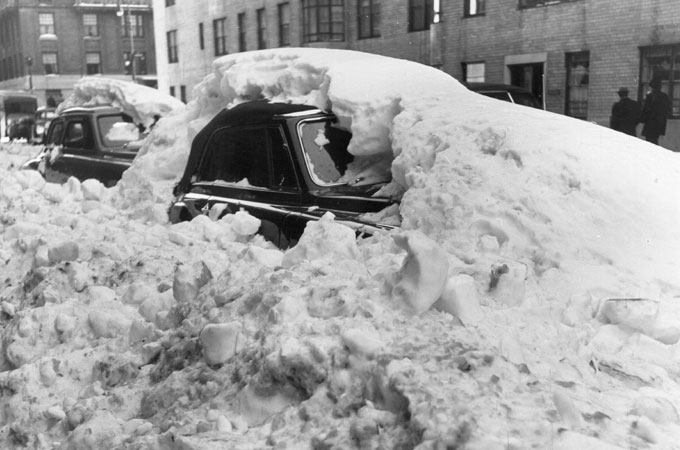 Just last week Punxsutawney Phil predicted an early start to spring on Groundhog Day. Phil has a 39 per cent success rate (you’d be better off flipping a coin) and this weekend’s weather is a stark reminder that winter is by no means over.

Ironically, many parts of New England have barely seen any snow at all so far this season, but this developing system, the first major winter storm since October 2011, has the potential to be one of historic significance. The National Weather Service is predicting a “major winter storm” for Friday into Saturday.

Heavy snow, blizzard conditions and freezing temperatures have been forecast from New York to Maine, and beyond. Eastern Canada will also feel the impact of the system as we go through the weekend. At the same time there is also the threat of serious coastal flooding along the coast of eastern Massachusetts. Six metre waves have been predicted.

In fact we are actually looking at two systems joining together. We have an area of low pressure moving up the Eastern Seaboard to sit off the New England coast to become what’s known locally as a nor’easter. At the same time, an Alberta clipper (a fast moving area of low pressure) has been running along the US-Canadian border and crossing the Great Lakes.

These two systems are on the verge of merging and could create a major storm with the potential to cause widespread disruption. Blizzard watches are in force for much of eastern Massachusetts, Rhode Island and Connecticut.

Some parts could see as much as 60 to 90cm of snow, and with strong to hurricane force winds expected, snow drifts could easily reach two to three metres in places.  Sustained winds of over 60kph are expected with significantly higher gusts. It goes without saying that travelling conditions are likely to be extremely dangerous if not impossible with near-zero visibility in white-out conditions.

Over 3,200 flights have already been cancelled ahead of the storm. The snow is expected to start falling on Friday morning local time, with the heaviest amounts falling overnight and into Saturday as the storm moves past.

Something like 65 million people could be impacted by this storm as we going into the weekend. Some of whom are looking forward to its arrival. Ski resorts operators across the region are rubbing their hands with glee.

The snow will arrive at an opportune time for some, coming just a week before the February school holidays start. This should keep some youngsters happy, once the worst of the weather clears through.