Jean-Yves Le Drian described the desert campaign against the group as a “real war” that was far from won.

After driving the rebels from north Mali’s main towns with three weeks of air strikes and a lightning ground advance, France is now pursuing them in the remote northeast where pro-autonomy Tuaregs are pressing their own territorial claims.

Le Drian said on Wednesday that French and Malian joint patrols were searching the scrubland outside the desert trading towns of Timbuktu and Gao. Residents of Gao said on Tuesday that the town was hit by rebel rockets fired from outside the city.

“There were clashes yesterday at Gao because from the moment where our forces, supported by the Malian forces, started undertaking missions and patrols around the towns we had taken, we encountered Jihadist groups that fought,” Le Drian told Europe 1 radio.

“It’s a real war,” Le Drian said. “Every night now, even last night, the French forces are targeting and hitting the training centres and truck depots of the jihadist groups.”

The confirmation of clashes comes after one of the armed rebel groups, the Movement for Oneness and Jihad in West Africa (MUJAO), said it had attacked military positions in Gao.

With just 4,000 ground troops in an area the size of Texas, France has appealed for the swift deployment of a UN-backed African military force (AFISMA) to help secure the region, but this has been slowed by lack of transport and equipment.

Paris has said it would start to draw down its own force in Mali from March.

France wants AFISMA to be replaced by a United Nations peacekeeping force by April, Laurent Fabius, the French foreign minister, said on Wednesday.

French troops in the north are cooperating with the pro-autonomy MNLA, a group that represents mainly Tuareg people, who say they have occupied the remote northeastern town of Kidal and surrounding areas after the other rebels fled French air strikes into the nearby Adrar des Ifoghas mountains.

Dioncounda Traore, the interim Malian president, has offered talks to the MNLA if they do not seek full independence, and says he is aiming to hold national elections in the country by July 31.

France on Tuesday said that several hundred al-Qaeda-linked fighters have been killed in its military operations in Mali since the intervention began on January 11.

The French military’s sole fatality so far has been a helicopter pilot killed at the start of the military operation 27 days ago.

Mali said 11 of its troops were killed and 60 wounded after the battle at Konna last month but has not since released a new death toll. 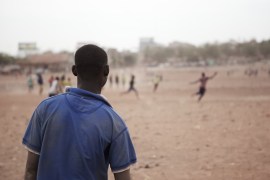 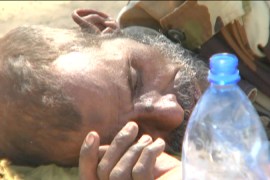