At least seven security officers have been killed after a car bomb exploded near the main entrance of the Taji central prison near Baghdad, Al Jazeera’s Jane Arraf reports.

The deadly attack on Tuesday was part of an attempt to break into the jail and free the prisoners, she said, quoting Iraqi justice ministry officials.

The security officers were involved in searching visitors and staff of the prison.

Security personnel had blocked a highway and increased security around the prison as a precaution following a tip about the attempted jail-break, according to authorities.

Taji, 20km north of Baghdad, witnessed a suicide bombing on Monday too. At least 19 people gathering to pick up their salaries were killed.

The latest attacks are part of a surge in violence a year after US troops pulled out of the country, where Shia, Sunni and ethnic Kurdish factions still struggle over how to share power.

Our correspondent said the increased frequency of attacks across Iraq over the past six months is prompting warnings from government officials that groups linked with al-Qaeda are coming back.

“This tells us about the fact that al-Qaeda is back in Iraq,” Najmaldin Karim, governor of Kirkuk province, told Al Jazeera.

On Sunday, the police headquarters in Kirkuk was hit by a group of suicide bombers in an attack that killed 16 people and wounded 90 more. 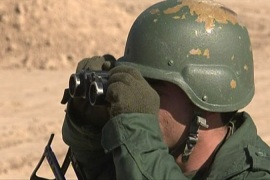 Tens of thousands of Sunni Muslims take part in largest day yet in week of rallies against allegedly sectarian policies. 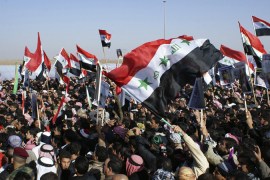 Suicide bomber kills over a dozen in Iraq

At least 19 people have been killed in a suicide attack in Taji during a meeting of pro-government tribal fighters. 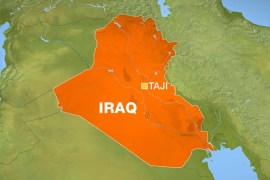 At least 30 people killed after gunmen and suicide bomber attack police complex in the city of Kirkuk. 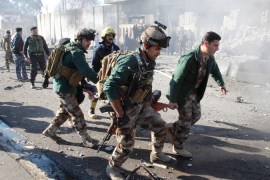