Iran is ready for direct talks with the United States on its nuclear programme as long as Washington has “fair and real intentions,” said Foreign Minister Ali Akbar Salehi.

His comment came on Sunday, a day after US Vice President Joe Biden made the same offer to Tehran, with similar caveats, raising a glimmer of hope of progress in resolving the long-running standoff.

The United States, other Western powers and Israel believe Iran is working on a nuclear weapons programme, a charge the Islamic republic denies, claiming its programme is for civilian use.

Iran, which has been punished for its nuclear programme with tough US and EU sanctions, in January told the UN nuclear watchdog it will expand its uranium enrichment capacity.

Israeli Defence Minister Ehud Barak said his country and its allies were “determined to prevent Iran from turning nuclear” and all agreed that “no option should be removed off the table.”

“When we say we mean it, we expect others to mean it as well,” the outgoing defence minister told the Munich Security Conference, warning of the threat of “nuclear terror” from Iran and its allies.

Biden on Saturday said at the Munich meeting: “We would be prepared to meet bilaterally with the Iranian leadership … That offer stands, but it must be real.”

Salehi told the same forum: “Yes we are ready for negotiations, but we have to make sure this time, and this is I think very fair of us, to make sure that the other side this time comes with authentic intentions, with a fair and real intention to resolve the issue.”

“If there is an honest intention on the other side then we will take that into serious consideration,” he said, after blaming the United States for the failure of earlier talks.

Salehi said Iran believes it is “wise to turn your enemies into friends,” but added also that “we attach a lot of importance to our own independence.”

The proposed talks are scheduled to take place in the week of February 25 in Kazakhstan, a spokesman for EU foreign policy chief Catherine Ashton said.

However, Ashton’s team, which co-ordinates diplomatic contacts with Iran on its nuclear programme on behalf of the
United States, Russia, China, France, Germany and Britain, was hoping for confirmation of the date and venue from Iran’s negotiating team, the spokesman said.

Earlier on Sunday, Iranian Foreign Minister Ali Akbar Salehi confirmed the proposal for the new round of talks in Kazakhstan on February 25, but stopped short of pledging Iran’s attandance.

“I have good news, I’ve heard yesterday that 5+1 or EU3+3 will be meeting in Kazakhstan 25th of February,” Salehi said during a panel discussion at the Munich Security Conference. 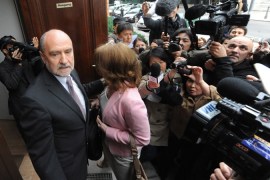 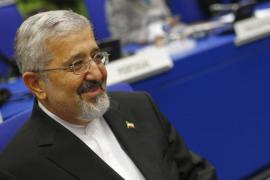 Talks in Tehran could mean a deal with Iran over its nuclear programme is struck during next round in January. 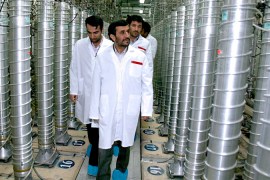