Bombings in and around the Iraqi capital, including two car bombs near a football field, have killed several people and wounded scores more, security and medical officials say.

An interior ministry official said one car bomb exploded on Thursday near a football field in the predominantly Shia Muslim Shoula area of Baghdad, followed by a second after security forces arrived at the scene.

The blasts killed at least 19 people and wounded at least 30, medical officials said.

There was no immediate claim of responsibility, but car bombings in mainly Shia neighbourhoods are a favoured tactic of pro-Sunni armed groups such as al-Qaeda’s local affiliate.

In the evening, explosives hidden beneath produce in the back of a pickup vehicle exploded in the town of Mahmoudiya, about 30km south of Baghdad.

Police and hospital officials provided details of the attacks and the casualty figures.

With the latest violence, more than 200 people have been killed and over 550 wounded in attacks in Iraq February, according to an AFP news agency toll based on security and medical sources.

Violence in Iraq is down significantly from its peak in 2006 and 2007, but even 10 years after the 2003 US-led invasion of the country, attacks still occur almost every day.

Pro-Sunni armed groups are said to be redoubling their efforts to undermine the Shia-led government and prompt deeper intercommunal fighting.

Violence in Iraq is increasing as Sunni opposition increases against Prime Minister Nouri al-Maliki, whose power-sharing government of Shias, Sunnis and ethnic Kurds has been largely paralysed since US troops withdrew in December 2011.

Thousands of Sunni Muslim protesters have rallied daily since late December in western provinces against the perceived marginalisation of their sect, a minority in Iraq, and have demanded that Maliki quit.

Iraqi Shia leaders fear that the war in neighbouring Syria – where Sunni rebels are fighting to topple President Bashar al-Assad, an ally of Iran – could further destabilise Iraq’s delicate sectarian and ethnic balance. 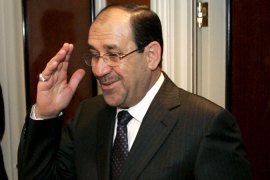 Nouri al-Maliki says most dangerous outcome for Syria is an opposition victory as it will lead to sectarian war in Iraq. 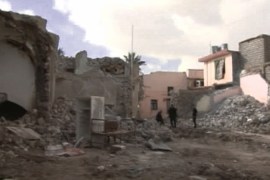 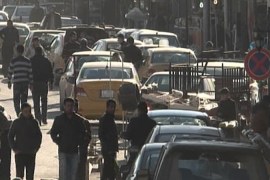 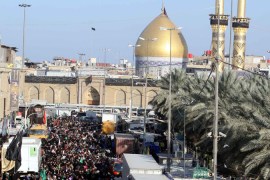