A major cyclone powering towards Australia’s resources-rich northwest coast was upgraded to a category four storm as strong winds and heavy rains lashed the region.

“We could see some gusts getting up to nearly 250kph. Some rainfall totals may be as much as 600mm in a 24-hour period,” forecaster Neil Bennett told the Australian Broadcasting Corporation.

Severe tropical cyclone Rusty intensified as it edged towards Australia’s Pilbara coast, gathering speed and force across a 370km front and whipping up six-metre waves.

Category four in Australia is equilvalent to category two in the US.

The Bureau of Meteorology has forecast the equivalent of Perth’s entire winter rainfall in a period of just three days.

“Extreme weather preparations continue across our mining operations in anticipation of the cyclone moving further
inland,” BHP said in a statement emailed to Reuters news agency. “Additional operations will be suspended if necessary.”

Australia’s major iron-ore export ports have been shut for several days anticipating Rusty’s approach and hundreds of people have been forced to evacuate their homes in the sparsely populated but cyclone-prone area.

Global iron ore giants including BHP Billiton, Rio Tinto and Fortescue Metals Group have all shut down or scaled back operations due to the storm. 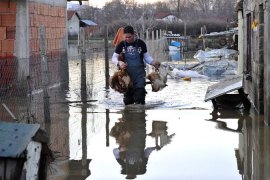 Flooding has been extensive in the north and east of the country. 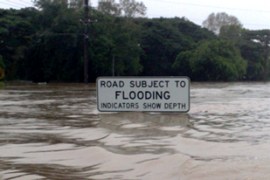 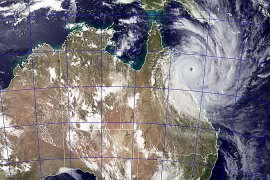 Police are forced to turn people away from evacuation shelters as “monster storm” hits the Australian coast. 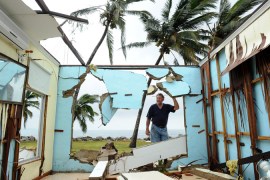