Taliban fighters have poisoned and killed 17 people, including 11 policemen and six civilians, in an overnight attack on a post manned by a government-backed local police in eastern Afghanistan.

Details of Wednesday’s pre-dawn attack on an Afghan Local Police (ALP) checkpoint were still not clear, as officials were investigating how the fighters breached security at the post in Ghazni province.

Abdul Jamhe Jamhe, Ghazni deputy provincial council head, said the fighters somehow infiltrated the post and poisoned those inside the compound before launching the assault.

“An infiltrated local policeman first drugged all 17 of hiscomrades, and then called the Taliban and they together shot
them all,” Mohammad Hassan, chief police detective for Ghazni, told the Reuters news agency.

Musa Khan Akbarzada, a provincial governor, said 11 of those killed in Andar district were members of the government-backed ALP group and the remaining six killed were civilians who were friends of the local police.

He said there was a conspiracy of some sort but declined to confirm if there was poison involved.

Al Jazeera’s Sue Turton, reporting from the capital, Kabul, said some arrests had been made in connection with the incident.

“The police deputy chief says they have now captured two men they believe poisoned and killed all those at the checkpoint. They’ve been arrested and an investigation is ongoing,” she said.

The Afghan Local Police are a separate squad trained by international forces stationed in remote areas that are underserved by the official Afghan National Security Forces, ANSF.

Though the ALP forces are backed by the ministry of interior, Hamid Karzai, Afghan president, has expressed concern that without careful vetting, the programme could end up arming local strongmen or criminals. 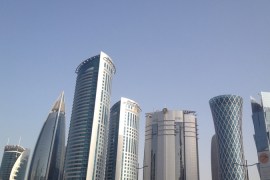 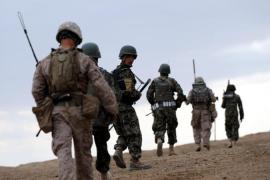 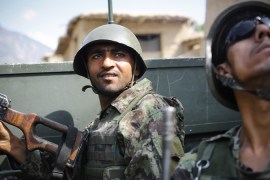 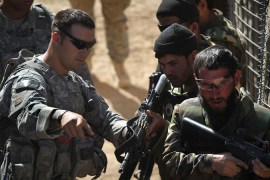 Are Afghan forces ready to take the reins?

As concerns grow over torture and troop desertions, we ask if Afghanistan is ready for NATO forces to withdraw in 2014.