Workers at the world’s largest open-pit coal mine, in northern Colombia’s Guajira department, are on strike to press their demand for better wages and health benefits for those suffering from work-related illnesses, including lung disease.

The mine represents more than half of the economy of this poor region in Colombia. The government says millions of dollars are being lost every day, 5,000 families no longer have a guaranteed wages coming in, and another 12,000 families in the region are directly affected.

Al Jazeera’s Alan Fisher reports from Guajira, where both sides are digging in, refusing to budge or negotiate. The industrial action could go on a while longer amid concerns that it could push up global coal prices. 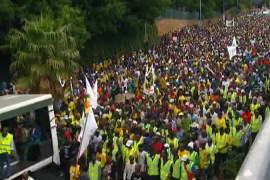 Leaders discussing the issue of nationalising the mining sector during the African National Congress conference. 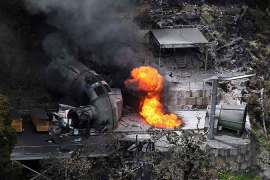 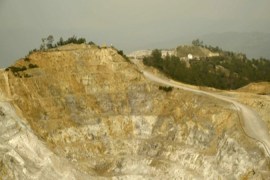 Supporters say Marlin mine creates jobs, but critics see it as exploitative and environmentally unsound. 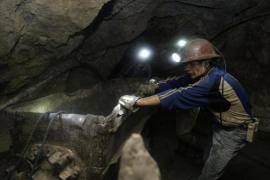 Bleak life in dark Bolivian mine

Jorge, 13, runs the risk of his lungs being incurably destroyed, for seven dollars and 23 cents he earns a day.