The most prominent Syrian opposition group, the Syrian National Coalition (SNC), has announced it is pulling out of the upcoming Friends of Syria meeting in Rome and scheduled talks in Russia and the United States.

After missiles killed dozens in Aleppo on Friday, the SNC released a statement saying the move was to protest the lack of international condemnation of the “crimes committed against the Syrian people”.

“Hundreds of civilians have been killed by Scud missile strikes. Aleppo, the city and the civilisation, is being destroyed systematically,” the statement said.

“The Russian leadership especially bears moral and political responsibility for supplying the regime with weapons,” it added, referring to Moscow’s status as a leading ally of Syrian President Bashar al-Assad.

“In protest of this shameful international stand, the coalition has decided to suspend its participation in the Rome
conference for the Friends of Syria and decline the invitations to visit Russia and the United States.”

The Friends of Syria is a collection of dozens of countries trying to find a solution to the Syrian crisis.

At least 29 people were killed and dozens more wounded after rockets hit two eastern districts of the Syrian city of Aleppo on Friday, according to anti-government activists.

The rocket strikes caused several buildings to collapse, and people were being rescued from the rubble, according to the Syrian Observatory for Human Rights (SOHR), a UK-based anti-government rights group.

At least 29 people, among them children, were killed in three surface-to-surface missile strikes on eastern Aleppo, the Observatory said.

In a video posted to YouTube, a massive cloud of dense smoke was seen rising from the neighbourhood at dusk after one of the missiles struck. Other video showed burning buildings, and people carrying the wounded to ambulances and cars.

Meanwhile, in Cairo, the SNC said that it was pushing forward with efforts to name a transitional government in the coming days.

The decision on Friday was made on the second day of a conference held by the opposition in the Egyptian capital.

Walid al-Bunni, a spokesperson for the SNC, said that the group’s government would control rebel-controlled areas in Syria.

He said that the prime minister would be named on March 2 during a meeting in Istanbul, after consultations were held within the opposition.

Al-Bunni stressed that the SNC was open to a negotiated end to the conflict, but that it would not negotiate with President Assad. Assad and government officials involved in the killing of rebels must step down and face charges, he said.

Almost two years after the revolt against Assad broke out in southern Syria, the absence of a political leadership from swathes of land under rebel control has been a glaring weakness of the rebels, who have little control over armed brigades making advances on the ground.

Opposition sources estimate that they will need several billion dollars every month to run a government in rebel-held areas, mostly rural and desert regions estimated to comprise over half of Syrian territory.

Bunni urged the UN Security Council, and particularly the US and Russia, to support the SNC’s initiative. 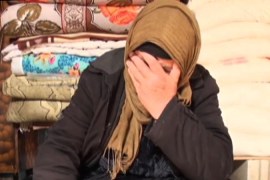 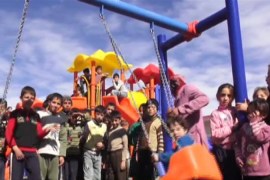 Facility in Harran for Syrians displaced by ongoing conflict holds 12,000 people within weeks of opening. 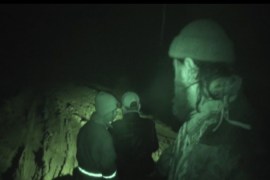 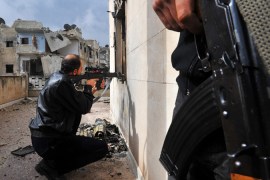