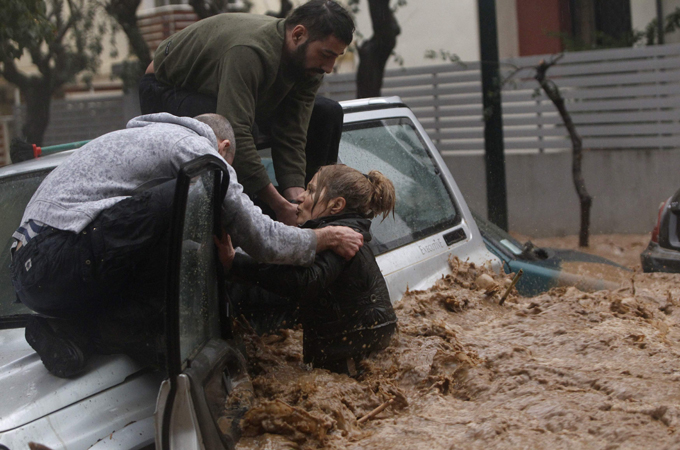 The worst storm to hit the Greek capital of Athens in more than half a century has left one person dead and caused widespread flooding.

Rain was reported to be falling in the city from 0300GMT on Friday. During the next five to six hours there was a deluge of around 100mm. This compares with an average for the whole of February of 50mm.

Two rivers overflowed and electricity substations were submerged, plunging parts of the city into darkness.

Emergency services dealt with 1,500 calls from residents whose homes were flooded, and around 100 motorists trapped in their vehicles.

The only fatality reported so far, is that of a 28-year-old woman who died from a suspected heart attack whilst trapped in her car.

Although the intensity of the rain was exceptional, the city’s antiquated drainage system is considered inadequate to cope with heavy rain and flooding is a common occurrence.

An assessment of the full extent of the damage has yet to be made but in a debt-ridden country, struggling to make payments of billions of euros to foreign creditors, the flooding could hardly have come at a worse time.