Malik Ishaq, leader of the banned Lashkar-e-Jhangvi group (LeJ), has been arrested by authorities in central Pakistan.

Ishaq surrendered on Friday in front of media in his home in the city of Rahim Yar Khan.

Ishaq’s arrest comes less than a week after the armed group, banned since 2001, claimed responsibility for a market bombing that killed more than 80 Shias in Balochistan province.

Ashfaq Gujar, a senior police officer, said Ishaq, had been arrested on government orders and sent to a high-security jail, where he would be detained for one month under a pre-emptive law.

Ishaq was imprisoned for 14 years on charges, never proven, of killing Shias. He was released in July 2011.

He was briefly detained last year following attacks against Shias.

LeJ has targeted the Hazara ethnic minority in Quetta, the capital of Balochistan province, for several years. 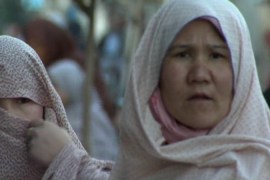 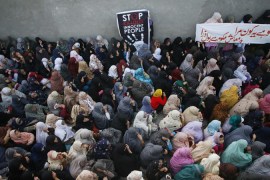 As attacks continue on Shias in Balochistan, we ask if the government is doing enough to protect minority communities. 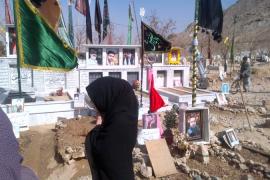 Targeted by persistent violence, Pakistan’s Hazara Shia live in a cloud of fear and suspicion. 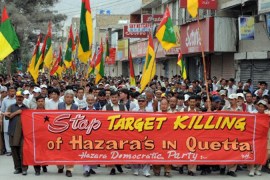