US President Barack Obama has renewed calls for stricter gun control laws in his hometown of Chicago, which has been plagued by deadly shootings.

“That’s the equivalent of a Newtown every four months,” Obama said.

“This is not just a gun issue,” Obama said. “It’s also an issue of the kinds of communities that we’re building, and for that we all share responsibility as citizens to fix it”.

As a result, he said: “Too many of our children are being taking away from us.”

It was an emotional return to a city whose recent shooting victims have included Hadiya Pendleton, a 15-year-old drum majorette gunned down less than 2km from Obama’s home just days after she performed at the president’s inauguration in Washington.

Gun control was not on Obama’s agenda in his first term, but the president responded quickly to the December shooting of 20 children and six adults in Newtown, Connecticut.

He is pushing measures including background checks for all gun purchases and a ban on assault weapons and high-capacity ammunition magazines, even as both sides in the debate doubt he’ll be able to achieve the full package.

Gun advocates have pushed back hard, arguing that such restrictions are an infringement on the second amendment of the constitution, which states that citizens have the right to bear arms. 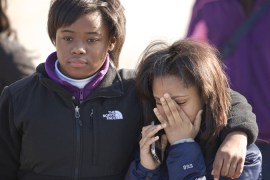 Obama’s home city has some the strictest US gun laws but one of the highest murder rates in the world. 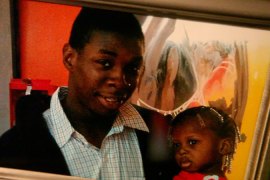 Community organiser Darius McGraw was one of more than 500 people killed in America’s deadliest city in 2012. 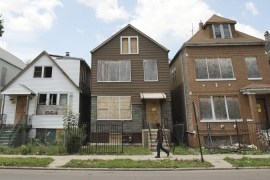 Murder rates are rising in the city, but while some blame gangs, others suggest failed urban policies are responsible. 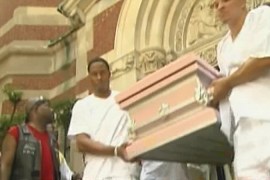 The US city is trying to contend with a murder rate that has increased 40 per cent since last year.