Israel has confirmed it jailed an Australian-Israeli citizen, known as “Prisoner X”, in solitary confinement on security grounds who later died in custody.

The justice ministry broke its silence on Wednesday after Australia’s ABC news network first revealed the identity of the 34-year-old man who had used three different names, including Ben Zygier, Ben Allen, and Ben Alon.

“For security reasons the man was held under a false identity although his family was immediately informed of his arrest,” the ministry said.

The man was found dead in his cell and a judicial inquiry ruled he took his own life, the ministry added in a statement, although it did not reveal his identity or the charges against him.

Israel’s Justice Ministry said a court has ordered an inquiry into possible negligence in Zygier’s death.

“Following an extensive investigation it was ruled six weeks ago that it was suicide,” said the ministry.

“The prisoner was held in jail under a warrant issued by a court.”

No information has been released about how and why Zygier ended his life in the virtual isolation of a state-of-the-art surveillance cell designed to prevent suicide.

Feldman said that Zygier was charged with “grave crimes” and that there were ongoing negotiations for a plea bargain. The attorney did not elaborate on the allegations, which he said Zygier denied.

“His interrogators told him he could expect lengthy jail-time and be ostracised from his family and the Jewish community,” Feldman said. “There was no heart string they did not pull, and I suppose that ultimately brought about the tragic end.”

Reporting in Israel on the case has been subject to strict government censorship.

After appeals by Israeli media chafing at censorship of a story broken by ABC, a district court near Tel Aviv allowed publication of six paragraphs of sanctioned text – a de facto preliminary account by the state.

Rob Peled, former head of Movement for Freedom of Info in Israel said the turnaround in Israel’s gag order was “because the info was already leaked”.

“The information just started appearing all over the internet and I think it just seemed like a miserable mistake to look so anachronistic in trying to keep things secret when anyone with an internet connection can read that.”

Peled said every country has the right to keep information secret that it feels would pose a threat to its national security, “but here the information was already out and not being held from its enemies but from its own public at large.”

After initially denying that he knew nothing about the case, Australia’s Foreign Minister Bob Carr said on Thursday that his government did know that an Australian was detained by Israel in February 2010 for national security offences.

On Wednesday, he said Australian diplomats in Israel only knew about Zygier’s detention after his death in custody later that year.

Carr told an oversight committee of Australian legislators that Canberra was told about Zygier’s detention on February 24, 2010, just after his arrest over “serious offences under Israeli national security legislation “.

Foreign ministry secretary Peter Varghese said the information was not given to Australian diplomats but “came in another form, from another channel”.

Social media records showed that Zygier, who came from a prominent Jewish family in Australia and was buried in Melbourne, had been married with children. His relatives have declined to comment on the case.

Former friends in Australia said Zygier had been a lawyer and used to recount stories of his time in the Israeli military. 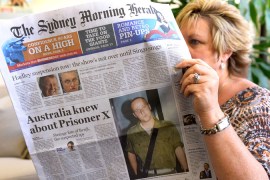 Inmate who died in Israeli prison in 2010 had Israeli and Australian citizenships and was held under a false identity. 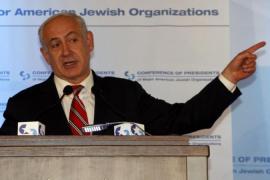 Tel Aviv did not confirm or deny media reports that the dead man was the 34-year-old Ben Zygier from Australia.