North Korea has said its widely condemned nuclear test is merely its “first response” to what it called US threats, warning that it would continue with unspecified “second and third measures of greater intensity” if Washington maintains its hostility.

The US and several other countries called Tuesday’s underground test a violation of UN resolutions.

But the North’s foreign ministry said in a statement that the test was a “self-defensive measure” that does not violate any international law.

The statement said any measures like forced ship inspections or a sea blockade would be considered an “act or war” and trigger “merciless retaliations”.

The UN Security Council was scheduled to meet in emergency session later on Tuesday to discuss the international response to the latest test.

North Korea accuses Washington of inciting global condemnation of its nuclear programme and of leading the sanctions charge in the Security Council.

“The US should make a choice between taking the path of easing tension … or continuing on its current, wrong path of pursuing anti-DPRK policies and further escalating tensions,” the ministry said, using the North’s official name of the Democratic People’s Republic of Korea (DPRK).

Jon Yong-ryong, first secretary of North Korea’s mission in Geneva, told the UN disarmament forum that it would never bow to resolutions on its nuclear programme and that prospects were “gloomy” for the denuclearisation of the divided Korean peninsula because of a “hostile” US policy.

“The US and their followers are sadly mistaken if they miscalculate the DPRK would respect the entirely unreasonable
resolutions against it. The DPRK will never bow to any resolutions,” Jon told the Conference on Disarmament.

“If Seoul truly wants peace and security on the Korean peninsula, it should urge the US first to terminate its hostile policy towards DPRK on an impartial basis.”

The Korean Central News Agency said:”The high-level nuclear test, unlike in the past, had more explosive power and involved a miniaturised and lighter atomic bomb and was staged safely and perfectly.”

The test in the remote, snowy northeast could be a crucial step towards the North’s goal of building a bomb small enough to be fitted on a missile capable of striking the US.

The detonation appeared to be a defiant response to UN orders that North Korea shut down its atomic activities or face more sanctions and international isolation, as well as a direct message from young leader Kim Jong-un to the US, the North’s arch-foe since the 1950-53 Korean War.

Pyongyang was punished by more UN sanctions after a December launch of a rocket that the UN and Washington called a cover for a banned missile test.

The North said it was a peaceful, and successful, bid to send a satellite into space. 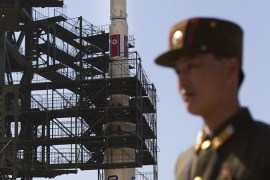 State media says test was conducted in a safe manner and aimed at coping with “outrageous” US hostility. 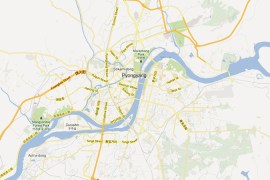 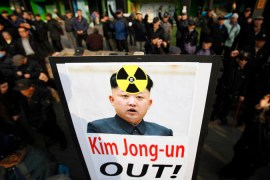 Former diplomats say Pyongyang is using planned nuclear tests to wring concessions and aid from the US.