Twenty-six Palestinian prisoners have been released from Israeli jails, as part of a US-brokered deal to restart Middle East negotiations.

Tuesday’s release comes a day before US Secretary of State John Kerry is set to return to the region in a bid to boost the faltering negotiations.

It is the third of four stages to free 104 inmates that Israeli Prime Minister Benjamin Netanyahu committed to let go when the talks were renewed in July. They have been convicted of killing Israeli civilians or soldiers and have spent between 19 and 28 years in prison.

After departing on buses from Israeli jails overnight, the prisoners received hero’s welcomes upon their return to the occupied West Bank and Gaza with officials and relatives lining up to greet them.

At his headquarters in Ramallah, Palestinian President Mahmoud Abbas waited to meet the men in the middle of the night. Speaking before thousands, he pledged to continue pressing for the release of long-serving and ill prisoners.

“We will not sign a final peace deal with Israel before all the prisoners are released,” he said.

In Israel, though, the release was met with anger. Relatives of Israelis killed in attacks had attempted to prevent the release by petitioning Israel’s Supreme Court.

The 26 inmates were jailed before the signing of the 1993 Oslo accords, which formally launched the Middle East peace process.

They include 18 men from the West Bank, three Gazans, and in a concession by Israel, five men from East Jerusalem.

Israel considers East Jerusalem to be part of its capital and has previously balked at allowing the Palestinians to negotiate on behalf of prisoners living under what it considers to be Israeli territory.

The US welcomed the release, with Kerry expressing “his appreciation for Prime Minister Netanyahu’s decision to release the third tranche of prisoners,” State Department deputy spokeswoman Marie Harf said.

“The Israeli government’s commitment to release Palestinian prisoners helped enable the start … and the continuation of the final status negotiations, and we believe this is a positive step forward in the overall process,” she added.

The release was expected to be followed by announcements of new construction plans for Jewish settlements in the occupied West Bank, including East Jerusalem.

Al Jazeera’s Nick Schifrin, reporting from Ramallah, said that on every prisoner release such as the one on Tuesday, Netanyahu announces new settlements.

“As part of this release he has announced 140,000 additional new settlements in the West Bank,” he said.

“The Palestinians ask, how can you talk to us about being legitimate partners, if you’re going to build inside the West Bank?”

Israeli supporters of the peace talks said the expected construction would destroy any goodwill created by the prisoner release, while hardline allies criticised Netanyahu for linking the Jewish settlement cause with the release of prisoners convicted in connection with killings, mostly of Israelis. 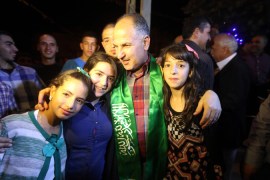 Celebrations expected but critics say prisoners should have been released by Israel decades ago. 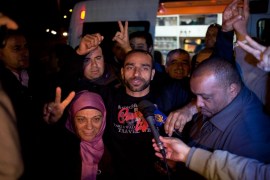 Issawi ended his hunger strike after Israel agreed to shorten his sentence to eight months in prison. 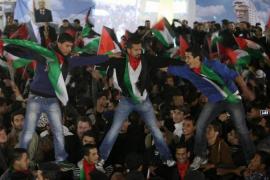 US Secretary of State wants both sides to agree to a framework for an interim accord ahead of a deal in April 2014. 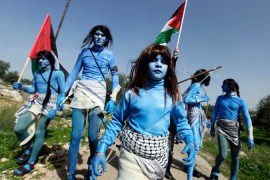 When the revolution comes to Israel

Do Israeli audiences see the parallels between ‘The Hunger Games’ Panem and the Palestinian struggle against apartheid?