Passengers on board a research ship that has been trapped in Antarctic ice for a week are preparing to be rescued by helicopter.

This comes after three ice-breakers failed to reach the paralysed vessel, officials said on Tuesday.

Video posted on YouTube by Intrepid Science, which has a group of scientists on board the stranded ship, showed passengers flattening the snow and ice near the ship MV Akademik Shokalskiy.

They sang the traditional New Year song Auld Lang Syne as they set to work preparing a potential landing pad.

The 74 scientists, tourists and crew on the MV Akademik Shokalskiy had been hoping the Australian ice-breaker Aurora Australis would be able to crack through the thick ice and allow them to continue on their way.

The Aurora came within 12 miles of the ship on Monday, but fierce winds and snow forced it to retreat to open water.

On Tuesday, the weather remained bleak, and the crew on the Aurora said their vessel would also be at risk of getting stuck if it made another rescue attempt, according to the Australian Maritime Safety Authority, which is coordinating the rescue.

“We’re preparing the helipad by getting the team to stomp down in this snow and ice so the Chinese helicopter from Snow Dragon can reach us – when the weather improves,” he said.

A helicopter on board a Chinese ice-breaker, the Snow Dragon, will be used to collect the passengers.

The Snow Dragon, which is waiting with the Aurora at the edge of the ice pack, was also unable to crack through the ice, as was France’s L’Astrolabe.

But the helicopter must wait for a break in the weather before it can attempt a rescue, and conditions are not expected to improve before Wednesday, the maritime authority said.

The passengers will be flown back to the Snow Dragon in groups of 12, and then transferred by barge to the Aurora.

All 52 passengers will be evacuated, but the crew on the Akademik Shokalskiy will stay behind with the ship and wait for the ice to break up naturally, Alvin Stone, expedition spokesman, said. 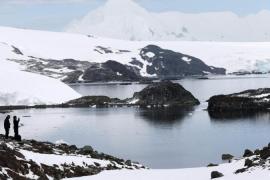 Understanding the changing narrative of what Antarctica means to the planet is crucial to our survival. 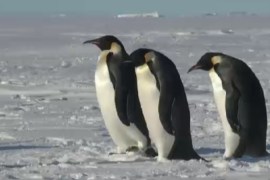