The leader of the most powerful rebel group in Syria, Ahrar al-Sham, says he will not recognise any agreement reached in the Geneva peace conference planned for January.

Hassan Aboud, speaking to Al Jazeera from an undisclosed location inside Syria, said the group would “absolutely not” take part in the talks in Switzerland, planned for January 22.

World powers hope that the Syrian opposition and the government of President Bashar al-Assad will agree on a political solution to end the war.

Asked if his group would abide by an agreement, Hassan Aboud said: “Whatever comes out of it, is binding only on the Syrian National Coalition”, referring to the main political opposition bloc.

“As far as we are concerned, we will continue the revolution until we restore our rights and our dignity.”

Aboud said the groups that have agreed to attend the Geneva conference have “no leverage on the ground”.

Founded two years ago, Ahrar al-Sham is a Salafist Sunni group which wants to implement Islamic law in Syria.

It is well-armed, with about 20,000 fighters. Some opposition groups say Ahrar al-Sham receives financial support from Gulf states.

Whether or not Iran will be among the nations invited to attend Syrian peace talks in Switzerland is still a source of disagreement between the UN and the United States, peace envoy Lakhdar Brahimi has said.

Speaking at a news conference in Geneva on Friday, Brahimi underlined that Tehran was not completely off the list of those who would attend Geneva 2, despite US objections.

“On Iran, we haven’t agreed yet. It’s no secret that we in the United Nations welcome the participation of Iran, but our partners in the United States are still not convinced that Iran’s participation would be the right thing,” Brahimi told reporters after talks with US and Russian officials.

“We have agreed that we will be talking a little bit more to see if we can come to an agreement about this.”

Brahimi did announce the 26 nations who were confirmed as attending the talks, due to start on January 22.

Russia, a key ally of the Syrian regime, has sought to have Iran at the table but Reuters news agency reported that a senior US official had said it was “difficult to imagine” Iran at the peace talks.

Brahimi also discussed his concern at the worsening situation in Syria, expressing anger and disappointment at the face that the conflict was still ongoing.

He spoke about the difficulties faced by aid groups seeking access to civilians and criticised both the government for its imprisonment of children and innocent people, and rebel groups for kidnappings. 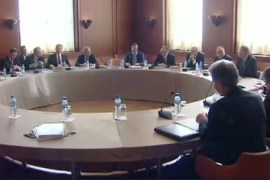 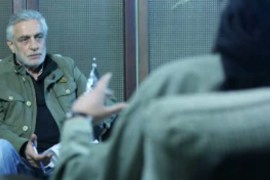 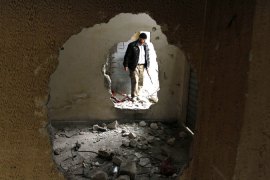 Syria: A future as foreign as its fighters?

With shifting alliances and infighting, we look at the difficulties the rebels face attempting to oust Bashar al-Assad.