Two Muslim converts have been convicted of murdering a British soldier in broad daylight on a London street, hacking him to death in a gruesome killing that horrified the nation.

A jury at London’s Old Bailey criminal court decided that Michael Adebolajo, 29, and Michael Adebowale, 22, were guilty of murdering soldier Lee Rigby on May 22 in Woolwich, southeast London.

The two British citizens had denied murder, with Adebolajo saying the killing  part of a war for Allah in response to Western wars in nations such as Iraq and Afghanistan.

The brother of Adebolajo has told Al Jazeera Investigations Unit that the Woolwich attack was “inevitable” and its justification is “obvious”.

Jeremiah Adebolajo, 26, said that after the initial shock of seeing his brother on television in May, he recognised the motivation behind the attack.

He said: “Is it justified for a Muslim to attack a member of an army that is occupying Muslim lands? This is something for the scholars and I think it’s obvious to most people.

“The events to me were inevitable. There was eventually going to be another attack which mentioned foreign policy as its justification.”

Accepting that the public’s perception of Michael Adebolajo will render his brother a violent man, he argued that the same questions should be asked of Britain’s armed forces: “I would say, was Lee Rigby a violent individual? Are other British soldiers, who go to Afghanistan and Iraq and kill, violent individuals?”

But according to some mainstream imams, Adebolajo’s actions have breached a key Islamic principle that Muslims must adhere to whilst living in Britain, the Covenant of Security: a promise not to attack people in your host country.

“There isn’t any justification for him, personally, to take up arms. He might say that, ‘Well, this is a specific solider who’s killed a specific Muslim and I’m taking a vengeance’, adding, “he is a British citizen that has an oath to live peaceably in this land and to live in accordance with the rules and the law of this land.”

Jeremiah Adebolajo explained that his brother’s actions were a direct blowback from the West’s “war on terror” mantra. He explained what some might term a new ‘war without borders’, likening Adebolajo’s actions to American drone strikes on Muslim countries; an act of war.

“The point he’s trying to make is the fact that the geographical location of the battlefield, since this war on terror, has basically disappeared”, said Jeremiah, adding, “When we have people driving on roads in Afghanistan and targeted by drones, we have to ask ourselves the question, are these people soldiers? Is this a battlefield?”

Former commander of the British Forces in Afghanistan, Colonel Richard Kemp robustly defended the West’s war on terror, claiming that it is a necessity in order to prevent similar attacks to Woolwich.

He said: “We have to go out and we have to find them wherever they are and attack them before they carry out attacks against us.”

Often attending the group’s rallies and even serving a 51 day prison sentence in 2006 for assaulting a police officer at a demo, his brother denies Michael Adebolajo was radicalised.

He told al Jazeera: “It’s a very tidy narrative to assume that we have this young Christian boy who was radicalised by these bogeymen like figures, Anjem Choudary, Omar Bakri Muhammad, and while he went on this conveyor belt, as it were, of radicalisation and then the events of Woolwich happened. It’s just not true.”

Jeremiah Adebolajo claims that his brother’s arrest in Kenya in 2010 for attempting to cross the border into Somalia to join armed Islamist group al Shabaab triggered an on-going campaign of harassment by Britain’s security services to recruit him as an informant.

He alleges that his brother was mistreated whilst in Kenyan police custody and that the British security services were aware of it.

He said: “They were complicit in allowing him to be interrogated with the means of interrogation that the Kenyans chose. Questions are to be asked about why they allowed the Kenyans to torture a British citizen.”

The Kenyan police denied torturing Adebolajo and the Home and Foreign Offices refused to comment.

Jeremiah alleges the security services were “putting a lot of pressure” on him and were “really disrupting his life” right up to “a few months before” the Woolwich attack.

He predicted a similar attack will happen again, stating: “I suggest that it won’t be the last, simply because of the tactics of the British secret service and foreign policy… for every violent action, is a violent reaction.” 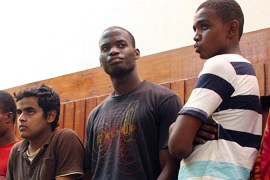 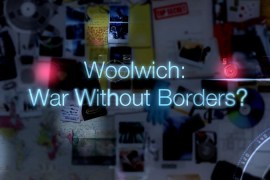 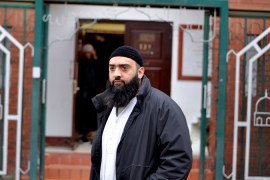 Usman Ali talks to Al Jazeera about how the media misappropriated his stance on Islam, Syria, and Afghanistan.