Anti-government fighters in South Sudan have claimed control over the flashpoint town of Bor as rival military factions pay no heed to the president’s call for talks, raising fears of a slide into civil war.

On Thursday, President Salva Kiir held talks in Juba with African mediators seeking to end the conflict, the first international initiative since clashes erupted this week.

“The African Union is till now meeting with the president,”  Ateny Wek Ateny, a spokesman for Kiir, told Reuters by telephone.

“Their message is that they are trying to broker peace between the two forces.”

“There was shooting last night. We don’t have information on casualties or the displaced in the town, as operations are ongoing.”

Violence which first sparked in the capital Juba on Sunday has spread to the rural state of Jonglei in South Sudan, and has killed about 500 people, according to United Nations.

The fighting started shortly before President Salva Kiir announced that security forces had put down an attempted coup by supporters of his former deputy.

At a press conference on Wednesday Kiir said he was willing to sit down with the former vice president for talks, but said “I do not know what the results of the talks will be.”

Talking to Al Jazeera’s Hannah McNeish, Machar
denied that any plot was carried out to coup Kiir

“My life was in danger; my colleagues were being arrested for no reason. They are not plotters, it was not a coup. Nobody wants that,” Machar added, claiming he was “used as a scapegoat” by Kiir to purge the ruling SPLM party of rivals to avoid reforming it.

About 20,000 people have sought refuge at UN facilities in Juba, since fighting started on Sunday, and on Tuesday the United States ordered its citizens to leave South Sudan immediately.

“UN officials have told me they’re going to find it very difficult to cope with these people,” said Al Jazeera’s Diplomatic Editor James Bays, reporting from the UN headquarters in New York.

“They don’t have the food or resources to look after them,” he added.

In Bor, in Jonglei state, where Nuer soldiers loyal to Machar in 1991 massacred hundreds of Dinka, the ethnic group of Kiir, the locals feared the fighting could spill beyond the barracks.

Casie Copeland, the South Sudan analyst for the International Crisis Group, said key Nuer leaders in the army were defecting in Jonglei, in an escalation of the conflict.

“The situation is no longer contained to Juba. This extension of conflict to the state-level is deeply concerning and poses serious challenges for ongoing efforts to reduce hostilities,” she said.

The UN in South Sudan reported fighting on Wednesday morning in Bor area, saying on its Twitter feed that more than 1,000 civilians sought refuge in the UN compound.

A broader conflict could threaten vital aid and be exploited by neighbouring Sudan, which has had persistent rows with Juba over their undefined borders, oil and security.

That would further hurt efforts to build a functioning state in the south.

In Juba, residents reported a tense calm after sporadic gunfire overnight, with traffic returning to the streets

“Most people are scared they might be confronted with a mob or see dead bodies,” said one aid worker in Juba, adding that the city was calmer on Wednesday morning, after residents awoke to heavy gunfire and artillery blasts on Monday and Tuesday.

Political tensions have been mounting since Machar’s dismissal. The former vice president has said he would run for president and has accused Kiir of being dictatorial.

Kiir had said before the clashes that his rivals were reviving rifts that provoked infighting in the 1990s.

He has faced public criticism for doing little to improve life in one of Africa’s poorest nations.

The British government, meanwhile, said it would send an aircraft to evacuate its nationals from Juba as the violence drags on.

“A UK aircraft is en route to Juba to evacuate British Nationals who wish to leave from Juba airport on Thursday 19 December,” the website of the Foreign Office said.

The Foreign and Commonwealth Office, which has warned against all travel to Juba and other parts of South Sudan, has already taken the to decision to temporarily withdraw some staff and dependants from the British Embassy, the website said. 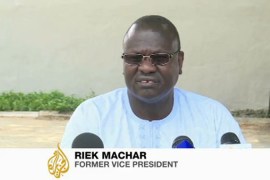 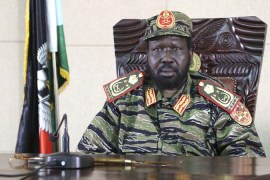 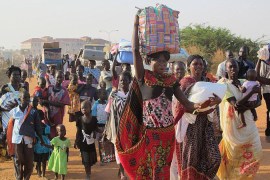 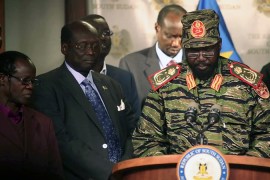