Egyptian police have raided the offices of a local human rights organisation and arrested at least one person, the latest move in a widening crackdown on critics of the interim government.

Dozens of armed policemen entered the Egyptian Center for Economic and Social Rights shortly after midnight on Thursday, according to Mahmoud Bilal, a lawyer for the organisation. Bilal was one of six people arrested during the raid.

January 25 [revolution], icons and activists from the revolutionary forces are being arrested without permission from the public prosecutor.”]

The lawyer said the six were held for nearly ten hours and that they were beaten, blindfolded and driven to an unknown location. Police also smashed several computers at the centre, he said.

Five of the staffers were later released. Mohamed Adel, a leading member of the April 6 political movement and a volunteer researcher at the centre, is still in custody.

“They [the police] said they were only going after Adel, but they held all of us for almost ten hours,” Bilal said.

The interior ministry has not made any public statements on the raid, and did not respond to a request for comment.

The interim government, installed after the army overthrew president Mohamed Morsi in July, has spent months cracking down on his Muslim Brotherhood organisation and its supporters. Thousands of people have been killed and arrested, with little public outcry.

But the crackdown has recently expanded to include secular activists.

Ahmed Maher, the founder of April 6, gave himself up to authorities last month after prosecutors ordered his arrest for inciting an unlicensed protest in November. Prosecutors had issued a warrant for Adel on similar charges.

Bahieddin Hassan, the director of the Cairo Institute for Human Rights Studies, said human rights abuses have become “worse” than they were under longtime President Hosni Mubarak.

“For the first time since [the] January 25 [revolution], icons and activists from the revolutionary forces are being arrested without permission from the public prosecutor,” he said, referring to the revolt that overthrew Mubarak. 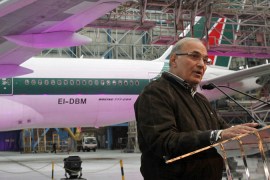 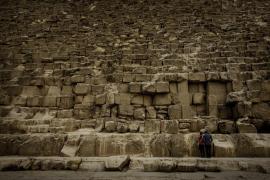 Recent upheaval has put a major dent in the country’s once-thriving tourism sector.