Michelle Bachelet has won a presidential runoff vote, returning a coalition of centre-left parties to power by promising profound social changes in response to years of street protests.

Bachelet won 62 percent of Sunday’s vote, the most decisive victory in eight decades of Chilean elections.

“Chile, now, finally, the time has come to carry out the changes,” Bachelet told cheering supporters in Santiago shortly after her landslide win.

Chile, now, finally, the time has come to carry out the changes.

“It is clear at this point. She won. And we congratulate her,” Matthei said. “I hope she does very well. No one who loves Chile can wish otherwise.”

The rival candidates later met in person at Bachelet’s headquarters, before the winner addressed her supporters.

The 62-year-old Bachelet will take office on March 11, taking over from conservative billionaire President Sebastian Pinera for a term running through 2018. She first served as Chile’s first woman president back in 2006.

“It was expected that Bachelet would win, but what was not expected was such a low turnout,” reported Newman from Santiago de Chile, the country’s capital.

“Michele Bachelet now has her work cut out for her,” she said, adding that Bachelet was under pressure to deliver reforms “quickly”.

Sunday’s vote marks the first time in Latin American history that a presidential runoff has taken place between two women.

With 3.7 million votes counted – 70 percent of those cast – Bachelet had a lead of around 62 percent to Matthai’s 37 percent.

Evelyn Matthei had been weakened by her family’s ties to the 1973-1990 military dictatorship of General Augusto Pinochet, and by her post in the unpopular government of outgoing President Sebastian Pinera.

Bachelet was Chile’s first female president, leading the country from 2006-2010.

“I had the honour to be Chile’s first woman president, and it will be a great honour once again to be the president of every Chilean man and woman,” Bachelet told cheering supporters at her closing campaign rally Thursday.

More than 13 million Chileans were eligible to vote in Sunday’s election, and analysts poring over results will be focused on the importance of turnout in the first time that voting in a presidential election was not mandatory.

Al Jazeera’s Newman said that Bachelet had stood on a traditional socialist platform.

“This is a candidate who is leading a central left coalition, which includes the Communist Party for the first time since 1970, and who is promising major reforms in this country – from free education to better distribution of wealth to a new constitution,” said Newman.

“She has enough of a majority in Congress to at least start with fiscal reform – and that is to raise taxes for the haves, in order to pay for education and other reforms for the have-nots. So, that will probably be what she will start with.”

Return to the presidency

When Bachelet left office in 2010, she had a stunning 84 percent approval rating.

She went on to lead UN Women. But she came home to Chile this year saying “we knew there were things still to be done”.

Bachelet was born in September 1951 in Santiago. Her father Alberto was an air force officer, and her mother Angela was an archeologist.

When she was young, her father was stationed at Cerro Moreno air base in far northern Chile, where among the neighbours was air force officer Fernando Matthei and his young daughter Evelyn. Bachelet and Matthei, then aged six and four, sometimes played together.

Bachelet joined the Socialist Youth as a teenager and studied medicine, while her father rose to the rank of general and became a close adviser to elected socialist president Salvador Allende.

When right-wing officers launched a military coup in September 1973 that killed Allende, Alberto Bachelet was on the list of suspects.

The general was imprisoned at a military school and tortured, and died from his wounds six months after being released.

The school commandant was Fernando Matthei. A later inquiry absolved Matthei of any role in Alberto Bachelet’s torture.

The Bachelets, however, remained “suspects,” and secret police whisked Michelle Bachelet and her mother to a torture centre in January 1975.

After democracy was restored in 1990 Bachelet, already a medical doctor, worked for the health ministry. But she was also interested in military issues, and in the mid-1990s studied military strategy in Chile and the United States.

In 2000, socialist president Ricardo Lagos appointed Bachelet health minister. Her success led her to become minister of defence in 2004, the first time a woman held the post. 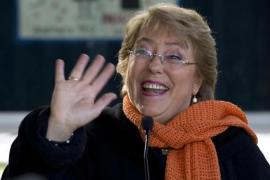 Michelle Bachelet: ‘I love my country’ 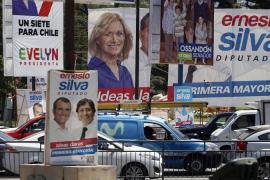 Chile at a crossroads?

Chile is a model of political and economic stability in a turbulent neighbourhood, so why are people disenchanted? 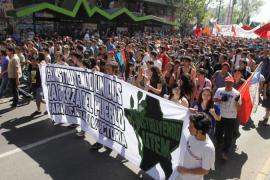