Japan and Southeast Asia must strengthen ties and ensure the region is based on the rule of law and respect, Japanese Prime Minister Shinzo Abe told Asian leaders at a Tokyo summit, amid heightened tensions over China’s new air defence zone.

He pledged $20bn in aid and loans to Southeast Asia in its latest charm offensive to woo global public opinion in a territorial dispute with China.

“Together with ASEAN, I want to build the future of Asia where laws, rather than power, rule and people who worked hard will be rewarded – which would lead to a prosperous society with mutual respect,” Abe said on Saturday to members of the Association of Southeast Asian Nations (ASEAN).

That apparently was an oblique reference to his country’s fractious spat over the sovereignty of a small chain of islands in the East China Sea, where Japan is keen to garner support for its view that Beijing’s behaviour is aggressive and coercive.

The case has taken on a greater urgency since China’s declaration last month of an Air Defence Identification Zone (ADIZ) over the East China Sea – including the contested archipelago.

Beijing said all aircraft entering the zone have to submit flight plans and obey orders issued by Chinese authorities, in an announcement that was widely criticised as inflammatory.

Abe said the $20bn in loans and grants is part of a bigger relationship.

Observers say Japan will find a reasonably willing audience among the four members of ASEAN who have their own territorial disputes with China – the Philippines, Vietnam, Malaysia and Brunei.

But all ten members of the bloc, which also includes Cambodia, Indonesia, Laos, Myanmar, Singapore and Thailand, have to tread a fine line to avoid irritating China, whose vast economy is vital to the region. 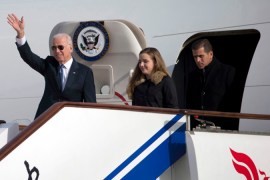 The United States hopes to mediate China’s dispute with Japan over the East China Sea. 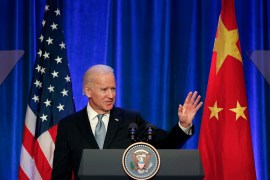 FM says US vice president told during visit that the decision to set up an air defence zone in East China Sea is legal. 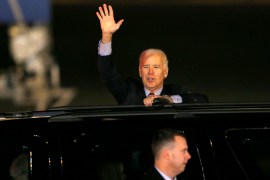 US Vice President Joe Biden urges lowering of tensions between China and Japan as he begins his Asia trip. 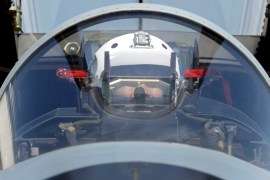 Tokyo and Seoul join the US in flouting newly-declared Chinese rules as pressure grows on China to toughen its response.