The reported execution of North Korean leader Kim Jong-un’s powerful uncle has caused worries over the stability of the isolated country, with various governments expressing concern over the potential implications of the move.

The state-run KCNA news agency announced on Friday that a special military trial was held for the once-influential Jang Song-thaek before he was executed on Thursday.

Jang, who had been branded as “traitor” and dismissed from his positions and powers on Monday, was accused of a string of criminal acts including corruption, womanising and drug-taking.

“The accused Jang brought together undesirable forces and formed a faction as the boss of a modern day factional group for a long time and thus committed such hideous crimes as attempting to overthrow the state,” KCNA reported.
South Korea on Friday expressed “deep concern” over the developments, and said it would prepare for “all possibilities in the future” and coordinate closely with its allies.

“The North usually curbs internal instability by waging provocations externally,” the Ryoo Kihl-Jae, the South Korean unification minister said, warning the purge could be followed by military actions, including another nuclear test.

“As a neighbour we hope to see national stability, economic development and people living in happiness in the Democratic People’s Republic of Korea,” foreign ministry spokesman Hong Lei said at a regular briefing.

Tokyo said that it was “closely watching the situation”.

“We will calmly monitor the situation while communicating with other countries and collect relevant information,” the Kyodo news agency quoted Chief Cabinet Secretary Yoshihide Suga as saying.

Washington said that the execution was “another example of the extreme brutality of the North Korean regime”.

“We are following developments in North Korea closely and consulting with our allies and partners in the region,” Patrick Ventrell, a spokesman for the White House’s National Security Council, said.

London expressed “deep concern about the impact of this unpredictable regime on stability in the region”.

“Our embassy in Pyongyang is monitoring the situation closely and we will continue to maintain close contact with our allies on this,” a Foreign and Commonwealth Office spokesman said.

The official Rodong Sinmun newspaper on Friday carried a photograph of Jang in handcuffs and being held by uniformed guards as he stood trial.

“It’s an incredibly public condemnation of this once very powerful man,” our correspondent said.

The sacking on Monday suggests Pyongyang is undergoing its biggest leadership upheaval since the death in 2011 of former leader Kim Jong-il, the younger Kim’s father.

KCNA said earlier this week that Jang had been removed from all his posts and expelled from the Workers’ Party.

“From long ago, Jang had a dirty political ambition. He dared not raise his head when Kim Il-sung and Kim Jong-il were alive,” KCNA said, referring to leader Kim’s grandfather and father, who were previous rulers of the dynastic state.

“He began revealing his true colours, thinking that it was just the time for him to realise his wild ambition in the period of historic turn when the generation of the revolution was replaced.”

Jang was married to Kim’s aunt, the daughter of the North’s founding leader Kim Il-sung, and was widely considered to be working to ensure his nephew firmly established his grip on power in the past two years.

Jang had been a prominent fixture in many of the reports and photographs of Kim Jong-un’s public activities, but his appearances have tapered off sharply this year and he has not appeared in official media since early November. 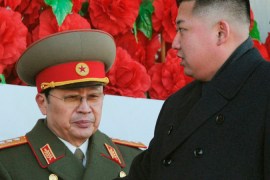 We examine the reasons for the reported dismissal of Kim Jong-un’s influential uncle, and its impact on the region. 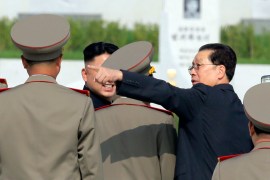 Jang Song-thaek, second most powerful man in the country and uncle of Kim Jong-un, is removed for “criminal acts”. 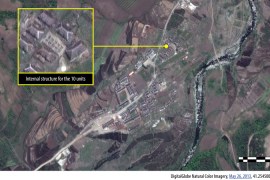 According to Amnesty the construction of new housing units could mean prison population may have increased.