A 50-member committee tasked with writing Egypt’s constitution has approved a draft of the document that may change order of elections from a previously set roadmap, to lead with presidential polls rather than legislative.

A political roadmap, put in place by the army following the July 3 coup against Egypt’s first democratic civilian president Mohamed Morsi, had stipulated that presidential elections to take place after the nation chooses its parliament.

The draft, approved by the committee on Sunday, says the “election procedures” must start within six months from the date of the constitution’s ratification.

The phrasing gives interim President Adly Mansour the last word on which elections come first, or whether both polls be held at the same time.

The draft constitution will be put to a nationwide referendum in January. If endorsed by a majority, Egypt may not have an elected president or parliament until the second half of next year.

The potential change in schedule of elections brought about by the draft constitution was sparked by concerns within the committee’s members that weak secular parties are not ready to compete in parliamentary elections.

Army chief and defence minister Abdel-Fatah el-Sisi, who led the July overthrow of Morsi, is seen by many as the lead candidate for presidency, although his intentions remain vague to the public.

Some assembly members opted for presidential elections to be held ahead of or in tandem with parliamentary polls in hopes that another strong presidential candidate can forge an electoral alliance for the legislative race.

Interim President Mansour was also granted the final decision on rules organising the parliamentary election, according to adjustments made by the assembly.

Mansour was installed as head of state after Morsi’s ouster and is seen by critics as a civilian facade for a military rule.

The draft, which will be submitted to Mansour on Tuesday, has drawn criticism from activists and human rights groups as it upheld an article allowing civilians to be tried in military courts.

The charter also endorsed a law stipulating advanced approval must be attained prior to staging any protests or rallies.

The law that was passed by Mansour last week has driven angry protests to the streets, resulting in sporadic clashes with security forces and several arrests.

Amendments to the draft has also barred the establishment of parties based on religion, further intensifying measures to sideline Morsi’s Muslim Brotherhood and its political arm, the Freedom and Justice Party.

The FJP is among several Islamist parties that came to exist following the 2011 uprising that toppled Hosni Mubarak.

Such changes to the document highlight the shift in power since generals overthrew Morsi, whose political party has won every vote since Mubarak’s ouster. 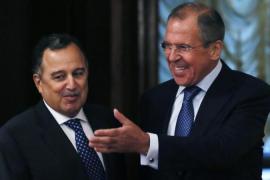 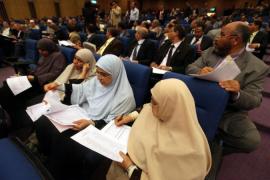 Liberals push for a more secular document, while conservative Salafists want a greater role for religion. 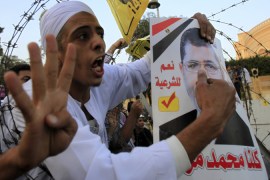 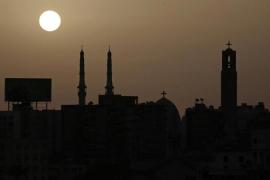