India is counting down before the launch of its first inter-planetary mission as it hopes to become the only Asian country to reach the planet of Mars.

A rocket carrying a 1.35-tonne unmanned probe vehicle will lift off from the country’s east-coast island of Shriharikota on Tuesday, where it will begin a 300-day, 780-million-km journey to study the Martian atmosphere.

“The biggest challenge will be precisely navigating the spacecraft to Mars,” K Radhakrishnan, chairman of the Indian Space and Research Organisation (ISRO), says.

The space agency will host a live web cast of the launch.

The Mars Orbiter Mission, known as Mangalyaan [Mars Craft] in Hindi, will first ride a rocket into an elliptical orbit around Earth.

It will perform a series of technical manoeuvres and short burns to raise its orbit before it propels towards Mars.

The mission will be India’s first inter-planetary journey that requires developing technology to allow a probe to run autonomously.

“The weather is normal. Slightly cloudy but no problem.”

Indian scientists sent a probe called Chandrayaan to the moon five years ago. The mission faced several challenges, including losing contact with controllers in 2009 and when a new, larger launch vehicle blew up after take-off in 2010.

The timing of the announcement led to speculation that India was trying to compete with its neighbour, a charge that Indian officials have denied.

“We are in competition with ourselves in the areas that we have charted for ourselves,” Radhakrishnan told AFP news agency last week. “Each country has its own priorities.”

More than half of all attempted missions to Mars have failed, including a Chinese attempt in 2011 and Japan’s in 2003.

Only the US, Russia and the European Union have successfully reached Mars to date.

The Indian project will cost Rs4.5bn ($73m), only a fraction of the cost of previous foreign missions.

Still, local critics of the project have said India should focus on meeting its citizens’ socioeconomic needs, rather than spending money on space travel.

India has defended its $1bn space programme, saying it helps the country’s economic development through satellites that monitor weather and water resources, and enable communication in remote parts of the country.

One of the main goals of the Indian mission is to find evidence of methane gas on Mars, which would support the idea that the Red Planet can host primitive life forms.

A 2012 US exploration mission to Mars, known as Curiosity, disproved this theory when it discovered only trace elements of methane in the Martian atmosphere.

The US was the first country to successfully send a robotic explorer vehicle to Mars.

NASA will launch another Martian study probe on November 18.

In the meantime, the US space agency will help India with its communications, while two ships stationed in the Pacific Ocean will assist with monitoring. 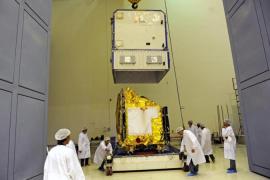 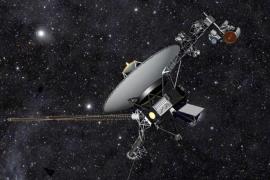