The move raises the stakes in a standoff with the United States, Japan and South Korea over the zone.

Japan and South Korea sent their own military aircraft through the airspace on Thursday.

The Chinese patrol mission was “a defensive measure and in line with international common practices,” said Shen Jinke, a spokesman for China’s air force.

Ties between China and Japan have been strained for months by the dispute over the islands in the East China Sea, called the Diaoyu by China and the Senkaku by Japan. The islands are currently under Japanese administrative control.

China last week unilaterally announced that foreign aircraft – including passenger aircraft – passing over the islands would have to identify themselves to China.

Earlier this week, Washington sent two unarmed B-52 bombers through the airspace without first informing Beijing, a sign of support for its ally Japan.

Although there are risks of a confrontation in the defence zone, US and Chinese military officials have stepped up communication with each other in recent years and are in regular contact to avoid accidental clashes breaking out.

US Vice President Joe Biden is visiting China, Japan and South Korea next week, and will try to diffuse tensions over the issue, senior US administration officials said.

The Pentagon said on Friday that American forces would continue normal operations despite China scrambling fighter jets to monitor US and Japanese aircraft in Beijing’s newly declared air defense zone.

“We’ll continue to partner with our allies in the region and operate as normal,” Lieutenant-Colonel Erik Brine, a Pentagon spokesman, told the AFP news agency on Friday, without elaborating.

Xinhua reported that China’s air force is “on high alert and will take measures to deal with diverse air threats to firmly protect the security of the country’s airspace.”

Analysts question China’s technical ability to enforce the zone due to a shortage of early warning radar aircraft and in-flight refueling capability.

However, many believe that China has a long-term plan to win recognition for the zone with a gradual ratcheting-up of warnings and possibly also eventual enforcement action. 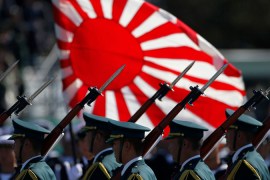 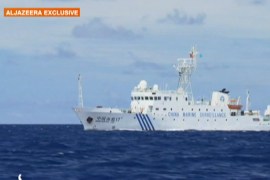