A crude bomb exploded near a nuclear plant in southern India, demolishing two houses and killing six people, according to police.

One of the three people seriously injured on Wednesday was identified by police as an anti-nuclear activist and a suspect in the case.

Among the six killed were a women and three young children, police said, without saying if they had been in the house or nearby. Police also recovered two unexploded bombs near the site.

The Kudankulam Nuclear Power Plant, which has inspired years of protests by local residents in Tamil Nadu state, was unaffected by the blast and operating normally, police said.

Police have moved to prosecute anti-nuclear activist SP Uthayakumar and others in connection with the explosion.

Cases under the Indian Penal Code and Explosive Substances Act have been filed against Uthayakumar, head of the anti-nuclear People’s Movement Against Nuclear Energy (PMANE), his associates Pushparayan, Mukilan and as yet unnamed others, reports quoting top police officials said.

The cases relate to offences including culpable homicide not amounting to murder and criminal conspiracy.

PMANE is spearheading the protests against the Kudankulam nuclear power plant in Tirunelveli. 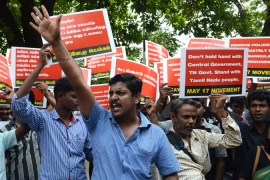 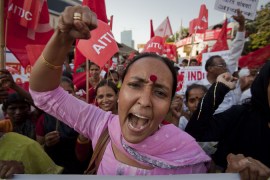 India must deal with its increasing energy demands whilst also recognising the post-Fukushima “panic transference”.