US politicians on both sides of the spectrum have voiced their scepticism about Iran sticking to the newly-forged nuclear agreement.

On Sunday, members of both major parties said they wanted Congress to prepare increased economic penalties to impose on Tehran of the accord falls apart.

US Secretary of State John Kerry has previously voiced his opinion that new sanctions would be harmful to negotiations with Iran.

In an early morning announcement, Tehran agreed on Sunday to a six-month pause of its nuclear programme while diplomats continue talks aimed at preventing Iran from developing a nuclear weapon. International observers are set to monitor Iran’s nuclear sites and ease about $7bn of the crippling economic sanctions.

But the announcement, after months of secret face-to-face talks between the United States and Iran, left many U.S. lawmakers deeply doubtful of the most significant agreement between Washington and Tehran in more than three decades of estrangement.

The chairman of the Senate Foreign Relations Committee, Democratic Senator Bob Menendez, said he would work with colleagues to have sanctions against Iran ready “should the talks falter or Iran fail to implement or breach the interim agreement.”

Such distrust that Iran was negotiating in good faith ran across the political spectrum in a Congress that otherwise is deeply divided.

And ready-to-go sanctions seemed to have rare bipartisan support across both of Congress’ chambers.

President Barack Obama convinced Senate leadership to hold off consideration of the measure while negotiators pursued an agreement.

Despite this, a deep distrust of Iran pervaded Sunday’s discussion of the deal.

“We need to be very, very careful with the Iranians,” said Representative Eliot Engel, the ranking Democrat on the House Foreign Affairs Committee.

“I don’t trust them, I don’t think we should trust them. Sanctions should always be hanging there because that’s what brought Iran to the table in the first place.”

“Iran has a history of obfuscation that demands verification of its activities and places the burden on the regime to prove it is upholding its obligations in good faith while a final deal is pursued,” he said. 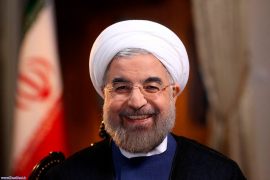 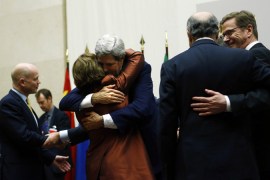 US and Iran: Seven questions beyond the nuclear deal

What are the ramifications of Iran’s deal with the West on Middle East politics?