John Kerry, US secretary of state, has arrived in Geneva, where he joins top-level diplomats from six other foreign nations for talks aimed at reaching a nuclear deal with Iran.

Saturday’s meeting will be the second time in two weeks involving Kerry and other senior emissaries in the Swiss city after intensive talks failed there shortly after midnight on November 10.

Kerry decided to go back for another try “in light of the progress being made” and “with the hope that an agreement will be reached”, Marie Harf, State Department spokesperson, said on Friday.

He will be joined again by his French, British and German counterparts – respectively Laurent Fabius, William Hague and Guido Westerwelle – plus Russia’s Sergey Lavrov, who arrived in Geneva on Friday.

China’s Wang Yi had missed the previous gathering but will be present in Geneva on Saturday.

But Al Jazeera’s Rosiland Jordan, reporting from Washington DC, said Kerry’s appearance did not necesarily mean the talks were close to a resolution. “This is not happening because a deal is imminent but because it might be useful for the US secretary of state to be in the room with the other top diplomats working out these thorny issues,” she said.

Hassan Rouhani’s election in June as the president of Iran has created big hopes that the deadlock over the country’s nuclear work can be resolved after a decade of failed diplomatic initiatives and rising tensions.

The risks posed by failure are high: further nuclear expansion by Iran, more painful sanctions and the possibility of Israeli and even US military action.

Iran says its nuclear programme is peaceful but many in the international community suspect it is aimed at developing nuclear weapons.

The powers want Iran to stop spinning, for six months initially, some of its many thousand centrifuges enriching uranium to levels close to weapons-grade.

In return they are offering Iran minor and reversible relief from painful sanctions including access to several billion dollars in oil revenues and easing some trade restrictions.

This “first phase” deal would build trust and ease tensions while negotiators push on for a final accord that ends once and for all fears that Iran will get an atomic bomb.

A major sticking point however has been Iran’s demand – as expressed by Ayatollah Ali Khamenei, the supreme leader, this week – for recognition of its “right” to enrich uranium. 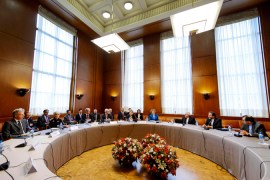 As Tehran has started fresh talks about its disputed nuclear programme, we ask if the US is ready to ease sanctions. 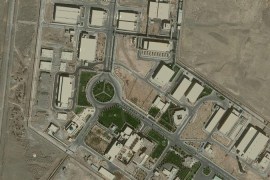 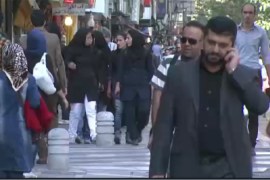 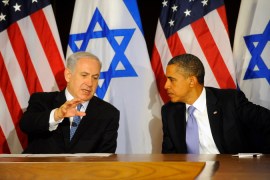