Magnus Carlsen, a chess prodigy, has won the sport’s world championhip in the south Indian city of Chennai, beating defending five-time champion Viswanathan Anand in a title match that was the game’s most highly anticipated in decades.

The 22-year-old Carlsen, who has been described as “the Justin Bieber of Chess”, is as well-known in his home country of Norway for his fashion shoots as he is for his dominance of the cerebral game.

After winning three games with no losses, a draw in Game 10 of the final gave the part-time model the necessary 6.5 points to pin the win over Anand, whose reign as chairman of the board came to an abrupt end.

It was the first time in eight world championship matches that Anand failed to win even a single game.

“I really hope that this can have some positive effect for chess, both in Norway and worldwide,” Carlsen said after claiming the title and prize money of around $800,000.

“The match was shown on television and I know a lot of people who don’t play chess found it very interesting to follow. And that’s absolutely wonderful.”

Indian organisers said up to 100 million people a day watched the games on TV and online, and the official website estimated that another 100 million chess nuts around the world had tuned in at some point.

Since the days of Bobby Fischer’s title match against Boris Spassky during the height of the Cold War in 1972, chess has lost much of its appeal to a youthful Western audience.

Carlsen, who became a grandmaster at the age of 13, was named one of the world’s sexiest men of 2013 by Britain’s Cosmopolitan magazine.

“But that also means you’ll have an incredible amount of competitors from now on, because everyone wants to play chess.”

It is not yet known whether Carlsen’s win will see him knighted. But the game’s new king still has more to offer, his former coach, Garry Kasparov, said.

“He continues to shatter the highest expectations with his skill and tenacity,” Kasparov, himself a world champion at the age of 22, said on Twitter.

While the chess world has been dominated in recent decades by the former Soviet bloc, Anand became the first Asian world champion in 2007.

The Indian, who at 43 is nearly twice Carlsen’s age, failed to seriously test the challenger, making several big mistakes that led to his three losses.

“It’s clear he dominated,” Anand said. “My mistakes didn’t happen by themselves, clearly he provoked them, and all credit to him.”

But the father of the new champion paid tribute to the old guard.

“Anand is a great fighter, he is a gentleman,” Henrik Carlsen said.

“He is one of the all time greatest chess players and we are grateful that he showed such grace, also on the difficult day today, and I would like to add that Magnus has learnt a lot from Anand.” 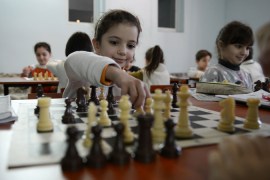 Small Caucasus country is the first in the world to make chess mandatory in schools, aiming to build a better society. 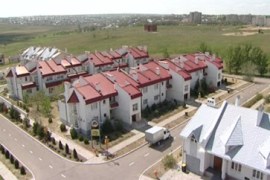 One man’s obsession with the game and his plans to redevelop a city.