Large sections of the roof have collapsed at a supermarket in Latvia’s capital, Riga, killing at least 50 people and injuring dozens of others, rescue officials say.

The incident happened on Thursday evening, 6pm local time, when the Maxima store was busy with shoppers on their way home from work.

There are fears that more people may be buried in the rubble. Around 25 people waited near the wreckage for news of their relatives. The number of those trapped was so far unknown.

A spokesman for the Maxima store said that five of its employees had been injured, two had been taken to hospital and three had not yet been found.

“Of course, psychologically it is very hard to work, taking into account that three fire-fghters have died,” Inga Vetere, a rescue-services spokeswoman, told Latvian radio.

Rescue workers were called to the store, situated among grey, Soviet-era housing in a suburb, after the roof collapsed. Then a second collapse happened.

“It is clear that there has been a problem with fulfilment of construction requirements,” Rihards Kozlovskis, the interior minister, told Latvian TV by telephone.

Valdis Dombrovskis, the Baltic nation’s prime minister, told Latvian TV that the rescue work would probably go on for many hours.

It is clear that there has been a problem with fulfillment of construction requirements.

“As we are still working inside, the situation may change,” Normunds Plegermanis, deputy head of rescue and emergency service, said.

“Falls are happening from time to time. Therefore it is very dangerous to work inside,”

“Another dead body has just been brought out,” Latvian rescue services said on their Twitter feed.

Latvian TV said three cranes were working to remove concrete blocks from the roof so that rescuers could get to those inside, but firefighters feared another collapse.

The police will launch an investigation into the disaster. Local media said workers had been building a roof garden on the store.

Local media reported that the Maxima, estimated at around 500sq metre size, had been awarded an architecture prize when it was completed in 2011.

Latvia, which joins the eurozone next year, has been recording strong economic growth after a deep recession in the years following the global credit crisis.

It is still one of the poorest countries in Europe, the legacy of nearly 50 years of Soviet rule that came to an end in 1991. 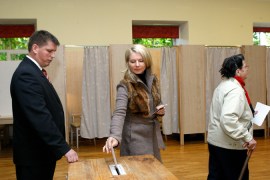 Two Latvias: Between the West and Russia

After parliamentary elections, Latvia’s political parties will need to make tough choices in order to form a coalition. 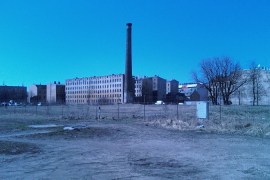 Learning the wrong lessons from Latvia

Using the Baltic state’s austerity programmes as an example for the rest of Europe is wrongheaded, says author.