Voting in Nepal’s Constituent Assembly election has been slightly disrupted, after a small roadside bomb exploded 50 metres away from a polling booth in Kathmandu.

The attack has stoked fears that some left-wing groups would not allow the vote to go forward.

Voting began on Tuesday morning, as citizens pick a special assembly which will draft a constitution aimed at ending years of political instability.

The incident, which comes after a series of similar attacks by anti-poll protestors in recent days, occurred when an eight-year-old boy picked up the bomb apparently thinking it was a toy, the AFP news agency quoted a police official as saying.

The group, a hardline faction of the Maoist party, “has held a few demonstrations on streets in recent days, with a couple of incendiary devices going off, trying to scare potential voters from going to election polls”, he said.

The protestors say elections cannot be held under an interim administration set up after the collapse of Nepal’s first constituent assembly, and want polls to be postponed until a cross-party government is put in place.

Over 200,000 security personnel were deployed throughout Nepal to monitor polling booths.

Voters lined up hours early to elect the 601-member assembly that will act as a parliament and establish a government until a charter is ready.

“We are giving the politicians a second chance,” said Lal Bahadur Lama, 58, as he emerged from a polling station.

But some fear further political instability.

“The stalemate is not going to end anytime soon,” said Bimal Koirala, who served as chief secretary, the country’s highest ranking bureaucratic position.

“All that the political parties are interested in is to rush to power.”

A previous attempt at writing a constitution after a 2008 election, that was dominated by Maoists, failed.

Political parties are unable to agree on the form of government and the number of states to be carved out of the ethnically diverse country.

Nepal had five governments in as many years as politicians formed and broke alliances.

The election is being fought by Maoists who joined the political mainstream after signing a peace deal in 2006, the Nepali Congress party, and scores of other parties including a royalist group that wants to reinstate the monarchy.

A 33-party alliance led by a breakaway Maoist faction has called for a boycott of the election and at least 30 people have been wounded in small bomb blasts in the run-up to the vote.

Streets were deserted on Tuesday as the government ordered all vehicles off the roads for election day. 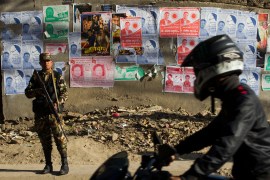 Authorities hope elections will usher in new 601-member Constituent Assembly that can agree a new constitution. 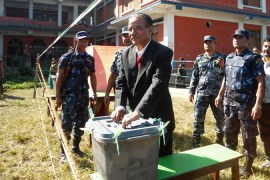 As millions of Nepalese head to the polls, we ask if politicians will finally be able to agree on a new constitution. 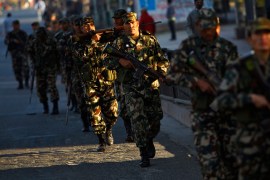 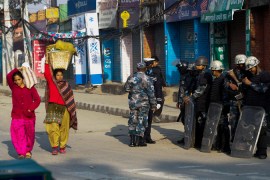 Politicians to get new chance to draft constitution as country prepares to elect new constituent assembly.