A Boeing 737 airliner crashed on landing in the Russian city of Kazan, killing all 50 people on board, the Emergencies Ministry has said.

The flight from Moscow’s Domodedovo airport on Sunday, was making a second attempt to land and exploded when it hit the runway, killing all 44 passengers and six crew on board.

Flight U363 was operated by the regional Tatarstan airline, a ministry spokeswoman said.

According to eyewitness reports, the Boeing lost altitude quickly and its fuel tank exploded on impact.

Russian television broadcasted a blurred video showing a bright flash of light. It also published a photo of the plane’s gaping fuselage with firefighters in the foreground.

The son of the president of the Tatarstan and the regional head of the FSB intelligence service were named among those killed when the plane exploded in a ball of fire on hitting the runway.

Kazan, which is 800 km east of Russia, is the capital of the largely-Muslim, oil-rich region of Tatarstan.

Russia’s regional airlines have a poor safety record. In April 2012, at least 31 people were killed when a Russian passenger plane crashed shortly after take-off in Siberia.

In September 2011, a Yak-42 passenger jet carrying members of a major league ice hockey team came down shortly after takeoff and burst into flames near the Russian city of Yaroslavl, killing 44 people.

Russia and the former Soviet republics combined had one of the world’s worst air-traffic safety records in 2010, with a total accident rate almost three times the world average, according to the International Air Transport Association.

IATA said last year that global airline safety had improved in 2011 but that accident rates had risen in Russia and the ex-Soviet Commonwealth of Independent States. 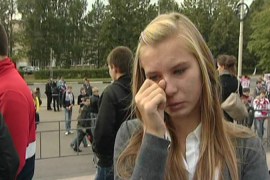 More than 30 hockey players die as Yakovlev goes down northeast of Moscow. 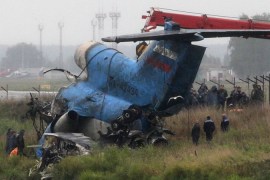 Pilot error and insufficient training blamed for disaster near Yaroslavl city in which an ice hockey team was wiped out. 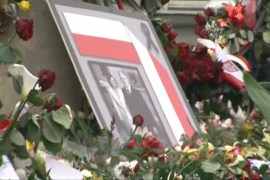 Technical fault ruled out in jet crash that killed Poland’s president and 95 others.