Somalia’s semi-autonomous region of Puntland has declared a state of emergency and is appealing for international aid after floods triggered by a cyclone killed at least 300 people and left hundreds missing.

The UN said some 30,000 people were in need of food, water, shelter and medical supplies, according to government estimates. Puntland’s government has described the situation as a “disaster”.

Puntland forms the tip of the Horn of Africa and has its own government, but unlike neighbouring Somaliland, it has not declared independence from Somalia, which has been unstable since 1991 when President Siad Barre was overthrown.

Al Jazeera’s Mohammed Adow, reporting from Puntland, said the situation was “grim” and that entire villages had been washed away by “raging floods”.

He said the death toll was likely to rise as most of the affected villages were still cut off by the water.

“Aid is not reaching affected villages because of the damage done to infrastructure. [There are] long queues of stranded vehicles” on both sides of the road between the capital Garowe and the key port city of Bossaso.

Our correspondent said large stretches of the road had been damaged and that officials had been sent on foot to try to reach affected areas.

“Torrential rains, high wind speeds and flooding has created a state of emergency, with 300 persons feared dead, hundreds others unaccounted for, and countless livestock lost,” the government said in a statement.

The death toll could not be independently verified, but weather experts from the UN Food and Agriculture Organisation (FAO) confirmed flooding was severe.

“Given that Puntland is a semi-arid region, it rarely rains but when it does, to an extent we have seen… the impact is devastating,” Hussein Gadain, a senior FAO technical adviser, said

Infamous pirate hotspots such as the port of Eyl – from where Somali men have launched attacks far out into the Indian Ocean – are some of the worst affected.

“Many fishermen are missing and feared dead, the storm has destroyed entire villages, homes, buildings, and boats,” the statement added.

The World Food Programme said it was “working closely” with local authorities “to assess the needs in Puntland in the aftermath of the cyclone”. 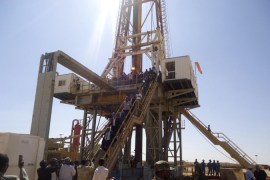 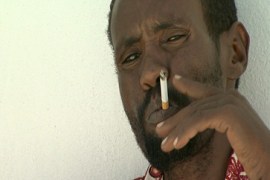 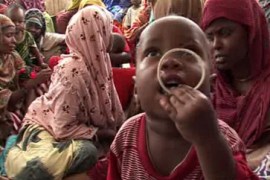 Somalis flee Mogadishu’s deadly streets in the south to homes made of rubbish.