A 16-year-old Palestinian has stabbed an Israeli soldier to death on a bus in an attack apparently motivated by the jailing of his relatives in Israel, police said.

The killing, in the northern Israeli town of Afula, follows a surge in violence in the nearby occupied West Bank, where 10 Palestinians have been shot dead by troops and three Israelis killed since peace talks resumed in July.

“The Israeli soldier who was stabbed this morning by a Palestinian on a bus at the Afula bus station has died of his wounds in hospital,” Micky Rosenfeld, an Israeli police spokesman, said on Wednesday.

The suspect was detained by passengers and security forces on the bus, Rosenfeld said.

Congratulations to the Palestinian West Bank hero who killed an Israeli soldier in Afula this morning. This is a heroic act of resistance.


“We consider this incident to be a terrorist attack motived by nationalism,” he said.

According to police, the Palestinian youth did not have a permit to be inside Israel.

They said he boarded the bus on the Nazareth-Afula route and attacked the 20-year-old soldier as the vehicle arrived at its destination.

Army radio cited the Palestinian as saying he stabbed the soldier because  his uncles were in an Israeli jail.

Hamas, the rulers of the Gaza Strip, congratulated the suspected attacker.

“Congratulations to the Palestinian West Bank hero who killed an Israeli  soldier in Afula this morning,” Hamas spokesman, Fawzi Barhoum, wrote on his Facebook page.

“This is a heroic act of resistance showing that all methods of oppression and terror have not and will not succeed in stopping our people from carrying  out jihad and resistance.”

There violence of the last few weeks has increased tensions and prompted speculation about the outbreak of a third  intifada, or uprising.

The first Palestinian uprising against the Israeli occupation ran from 1987 to 1993, and was followed by a second one from late 2000 to 2005 in which rights groups estimated 3,000 Palestinians and 1,000 Israeli civilians and soldiers died.

John Kerry, US secretary of state, was in Israel and the occupied Palestinian Territories last week in a bid to rescue peace talks that are already faltering  after just three months of meetings. 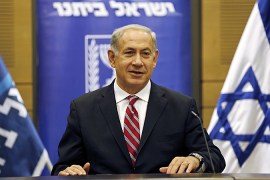 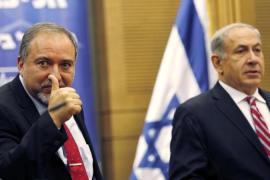 Far-right politician welcomed back into government by prime minister Netanyahu after being cleared of fraud.